Lively and upbeat,  klezmer is the traditional Jewish folk music of Eastern European Jewish communities. Over time, the style of music has grown to include instrumental music, Yiddish vocal music and modern fusion music that combines klezmer with world music such as Afro-pop, rock or hip hop.

This music festival will also include a Yiddish Experience that includes workshops and lectures focusing on topics such as genealogy and the Yiddish language. In addition, there will be children’s activities, such as inflatables, face-painting and a petting zoo, as well as kosher pizza and salads available for sale by Brad’s Mobile Pizza Oven.

Local bands include Jerusafunk, a nine-piece ensemble from Phoenix that blends traditional klezmer music with American Funk and other world music genres, such as jazz, salsa and samba; the Rural Street Klezmer Band of Temple Emanuel of Tempe that plays traditional Jewish soul music inspired by Eastern Europe, the Middle East, Yiddish theater and American jazz; Zaftic, whose rich and succulent sound is a mixture of Turkish, Arabic, Baroque, Irish and jazz; and Klezmerkaba, an 11-piece band from Tucson whose repertoire consists of klezmer pieces steeped in Eastern European tradition, as well as familiar Jewish, Yiddish and Israeli pieces from different eras and ethnicities. The festival will conclude with a massive jam session featuring all the musicians. 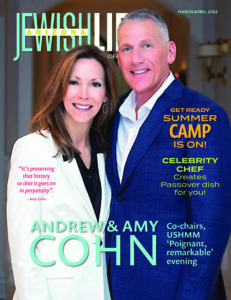