During years of speaking nationally about the Holocaust, Klein frequently spoke of how small acts of kindness helped her remember her humanity during those dark years. Klein shares the story of her liberation at the end of a four-month death march where only 120 of thousands of women survived. She says that when the Nazis locked the survivors in a barn and fled leaving behind a bomb that failed to detonate, she recalls “no feeling at all.” It took an act of kindness from a stranger to remind her she was human and to allow the joy of freedom to flow into her.

When the first American soldier approached the barn, she felt obligated to tell him, “We are Jews.” When he finally choked out, “‘So am I,’ that was the greatest moment in my life,” Klein says.
When she turned to take him into the barn to see the other survivors, she says, “He held the door open for me and let me precede him and in that beautiful, symbolic gesture, he restored me to humanity.”
The soldier later became her husband and took her to America.

She feels a need to pass on the importance of recognizing the great chances this country gives to those from different countries and cultural backgrounds. Her way of creating this type of personal legacy was to found the 5-year-old nonprofit organization she named Citizenship Counts! Klein describes her passion for her educational program in these words: “America is a unique, diverse and wondrous country, comprised both of those who know its magnificence as their birthright, and others, like me, who are privileged to call our adopted country ‘our own.’ What we all share is a desire for our families to enjoy America’s boundless opportunities while extending to all our fellow citizens justice and the blessings and freedoms upon which the nation was founded. “To perpetuate the miracle that is America, we must teach our children about its rich history as a nation of immigrants who chose this country and have given meaning to its ideals.”

Alysa Ullman, Klein’s granddaughter, believed so much in her grandmother’s dream that she happily put her writing career aside to become the nonprofit’s executive director and manage it from its very beginnings. Ullman says they started the pilot program in Arizona. Since then, interest in the program has grown so much that they now oversee the classes in more than 18 states. “Our mission is to educate today’s youth on the tenets of citi- zenship, encourage them to appreciate their rights and responsibilities as Americans, and give them an opportunity to celebrate citizenship by engaging in a naturalization ceremony or partici- pating in a service-learning project,” says Klein.

The program is available free to all educators and can be downloaded online. It has been used for individual classes, small citizens’ groups or entire grade levels, according to Klein. “We have a series of six lessons that correlate directly to what the responsibilities are for those who adopt this country and the chances it gives them for a life where their dreams can be realized. My dream was to live, have a family and become a writer. Because of this country, I was able to have it all and I’m so grateful. I have a real need to educate today’s young people as to all America offers them.”

Ullman says the program often culminates with the class participating in a citizenship ceremony by hosting a reception for the new citizens. “The first time I went down to the Phoenix courthouse with my grandmother, we couldn’t help but become very emotional at how much it meant for those who were about to become new citizens of America to have the celebration. I es- pecially remember one Taiwanese gentleman who came dressed in a tuxedo and he was crying. I was able to speak with him afterwards. He told me that while he was there by himself – his family was still in Taiwan – that this was the first step of being able to bring over his wife and children. He wore the tux because this ceremony and his wedding were the two most important days of his life. For him the tux was proof of his love for both his family and his new country.”

“That’s what my grandmother wants to provide: a deeper understanding and acceptance of the role that legal immigration has played in creating our diverse and dynamic country.” 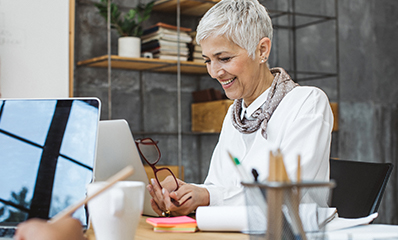 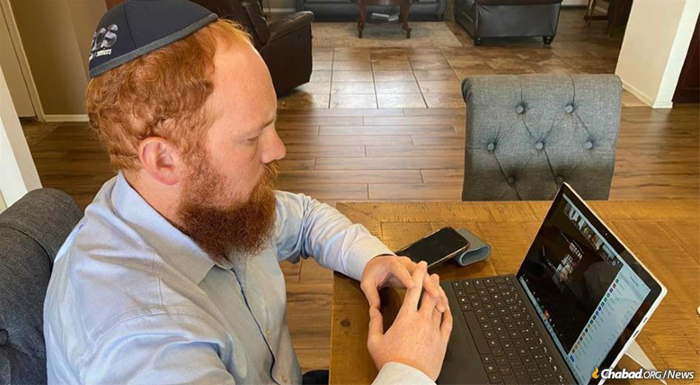 'Citizenship Counts' has no comments