One look at that cherubic face and endearing smile and you think you’re going to like this guy. And once you hear the sincerity, kindness and intelligence coming from the deep, raspy voice, you’re sure of it. Daniel Schay is just so easy to like. That’s one reason he’s been successful around Arizona in raising support and funding for the arts. It doesn’t hurt that he has the education and expe- rience to back up his ideas and passions.

Born in Middleton, NY, Dan is the grandson of Russian immigrants. His grandparents came from a shtetl near Minsk. One night they were told to leave immediately to avoid a pogrom (Cossack attack). His grandmother grabbed a clock, a vase and a copper pot and their adven- ture to America began. They settled in New Haven, CT, where they opened a liquor/drugstore, with a soda fountain (of course), and lived above the store. That’s where Dan’s father studied and worked hard and won one of the few scholarships Yale then awarded to exceptional local Jewish students. “The handful of Jewish kids would meet together in a corner of the Yale library where they’d feel comfortable,” Dan remembers his father telling him. It was a point of pride for the family that all three Schay children, Dan and his two sisters, graduated from Yale University. “When my second sister graduated, we bought my father a silver punch ladle with our names and dates of graduation on it to represent all the money he had been ladling out over the years,” Dan recalls.

At Yale Dan majored in English but always had a penchant for theater. He kept eyeing a ruined squash court in the basement of his dorm. It had been destroyed by flooding, but Dan had the feeling that with a little money and lots of creativity and love, it could become a small black box theater. He transformed the court and proudly remarks, “It remains a theater still used by the school today.”

Even before college, while in high school in Princeton, NJ, Dan was involved with theater, mostly as an actor. A particular student from another school always seemed to be pitted against him. In monologue competitions sometimes Dan would win, sometimes the other fellow would – it would go back and forth. His nemesis was Christopher Reeve. “When you’re up against Superman all the time, you figure it’s time to move on,” Dan grins.

And move on he did. He had actually been producing on a small scale since he was 16 years old, when he produced a sum- mer series of Ionesco’s Theatre of the Absurd plays in a church basement. He realized he loved putting projects together and felt that directing and producing were really the directions he needed to go. Through the years he was able to pick up administrative jobs at such prestigious companies as Long Wharf Theatre, Pitts- burgh Public Theater and Cincinnati Playhouse; then he landed his first executive director position at Hippodrome State Theatre in Gainesville, FL. He was the first executive director the new, emerging theater ever had. From 1980 to 82, Dan oversaw the company’s conversion to an Equity (professional union) house, as well as the construction of a two-theater plus gallery facility in a former Florida courthouse.

For several years Dan worked with the Pennsylvania and Maine arts councils, as well as the National Institute of Arts Management, and acted as a consultant to dozens of theaters around the country. At the same time he was the producing director of the Merrimack Repertory Theatre in Lowell, MA. It was here, overseeing the New England Playwright’s Competition, that Dan became involved with new works – plays that have not yet been produced.

His last job before moving to Arizona was managing director of the Philadelphia Drama Guild, a major professional theater company performing in a 950-seat theater within the Annenberg Center. And about this time he met Barbara Waldstein, whom he now calls his “beautiful bride.” When the offer came for a chance to develop and promote the Sedona Cultural Park, Dan and Barbara looked at each other and nodded. They knew this was their next adventure. Dan was hired as the president and executive director of the Cultural Park in arguably one of the most beautiful towns in the country. From 1995–2001 he developed and managed a 50-acre campus of arts and education facilities, including the Georgia Frontiere Pavilion for the Performing Arts. To keep his plate full, he simultaneously served as execu- tive director for the Sedona Film Festival, then showing more than 50 international films annually.

Initial hopes were that the Pavilion would become “Tanglewood West” – a summer home for arts organizations including Southwest Shakespeare Company and the Phoenix Symphony, but after 9/11 the project lost momentum. The Cultural Park is now closed, waiting for its next incarnation. Dan and Barbara knew it was time to get back to an urban environment. Their son, Adam, was born during a snowstorm in Cottonwood, AZ, on April 1, 1999, and they wanted him to have a Jewish upbringing and a variety of educational opportunities. Dan had been involved with Phoenix Theatre’s New Works summer program for several years, commuting to Phoenix to collaborate with playwrights and professional actors to develop new plays. It was natural that when Phoenix Theatre was looking for an executive director, they would offer the position to Dan. The family moved to Phoenix and joined Temple Chai., “I had been a very secular Jew all this time,” Dan confides. “With Barbara’s slight nudge, we knew we wanted a Jewish education for Adam.”

Adam, a student at Arizona School for the Arts, became a bar mitzvah last year at Temple Chai. When it came time for the father-to-son speech, Dan had to improvise a bit. “I couldn’t honestly say he was continuing the family chain; rath- er, I told him he was mending it. We talked about what that meant, and he was very proud to be in that position.” Dan “moonlighted” as a director for a variety of local theaters during his seven seasons at Phoenix Theatre, including directing “Vilna’s Got a Golem,” “The Last Night of Ballyhoo” and “Parted Waters,” a play about Crypto-Judaism that he also helped develop for the Arizona Jewish Theatre Company.

Last year Dan moved to Theater Works, a well-established community theater in Peoria that had just signed an agreement with Actors Equity to use some professional actors. Dan was eager to help bring the theater to “full flower.” Plus he would have occasional opportunities to direct and even act, something he had been missing. It was a particular treat for him to appear on stage with his son Adam in the company’s annual production of “A Christmas Carol” this past December. Dan thinks of Theater Works as having “professional standards while maintaining its community roots.”The theater also boasts a large youth department, with classes, workshops, camps and children’s shows.

Dan is currently busy trying to develop not only new sources of revenue, but also new and diverse programming for the Peoria Performing Arts Center, where Theater Works is located. Through an agreement with the city, the company gets a break on its rent, and in turn, the city insists there be arts besides theater at the venue. Others might be daunted by the requirements, but Dan, ever confident and positive, has already started negotiating for jazz and folk music concerts, dance programs and stand-up comedy and improv shows. With two theaters in the facility, he hopes to keep the joint jumping. 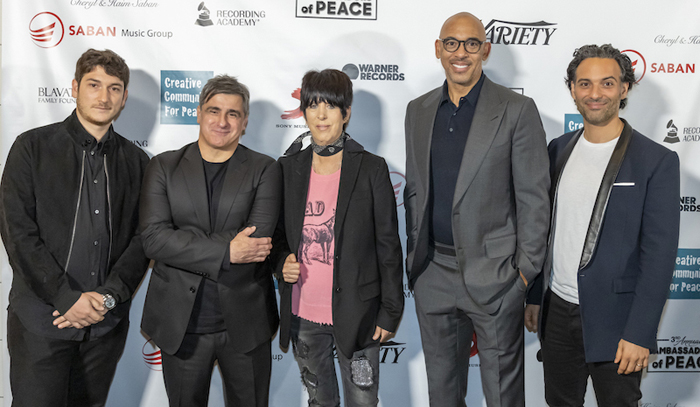 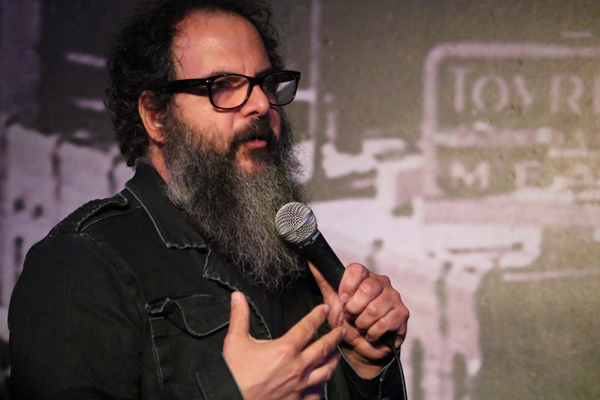 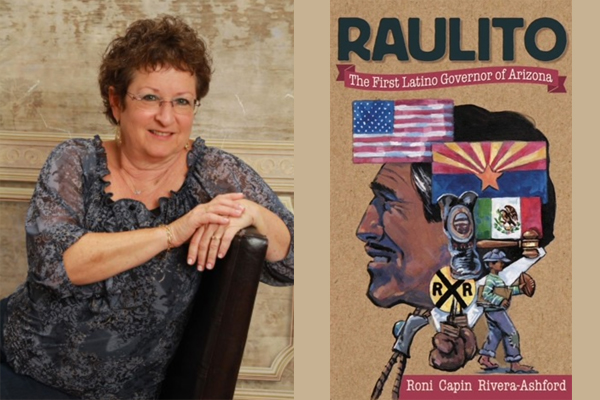 'Dan Schay Raises Support for Arts' has no comments