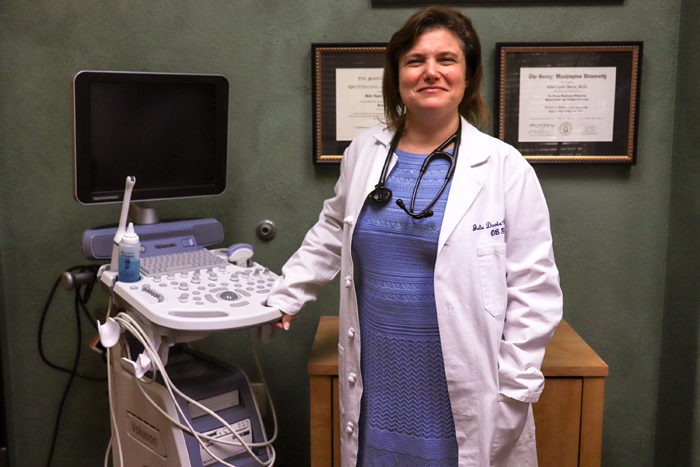 Dr. Julie Davis-Best, M.D. had been working for a large group practice when she was talking to a friend/mentor on the labor and delivery floor one morning at 3 am. She had been looking into going out on her own, so she wanted to get this doctor’s opinion since she owned her own practice.

Julie believes it was kismet because the doctor confided that she was getting ready to retire and was looking for someone to take over the practice.

That was in July 2018, and today Julie is the solo practitioner at Desert Foothills Obstetrics & Gynecology.

“I like the relationship I have with my patients,” says Julie. “It’s very special when you’re the only doctor they see, and I become very close to these people and their experiences. They become important to you, and you become important to them – it’s a great situation to be in.”

Her practice is split about half between obstetrics and gynecology. And even though Julie practices on her own, she has a strong network of doctors in the community who are there for advice and support when needed. “I don’t ever feel like I’m alone,” she admits. 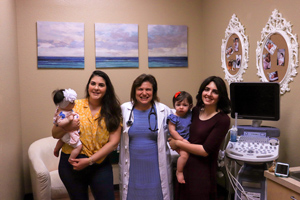 Dr. Davis-Best with some of her patients.

She sees patients of all ages, mentioning that many women do not feel comfortable having their primary doctor handle their gynecological needs. “I deal with abnormal bleeding, with vaginal dryness, with libido issues – things a lot of family practitioners either don’t want to or don’t have the time or the experience to deal with,” Julie says.

There are also changes to her specialty that she can keep up on, such as the recent changes in how frequently a woman should get a pap smear.

“Right now the recommendations for normal pap smears is every 2 to 3 years in your 20s, and over age 30 the recommendation is to do the pap smear with HPV co-testing every 3 to 5 years depending on family and patient history,” says Julie.

The changes stem from several factors, one being if the pap smear is normal and the HPV test is negative, over the age of 30, the risk of cancer or precancerous changes happening within those 3 to 5 years is low.

“We still encourage an exam every year so that there’s nothing that we’re missing,” says Julie. “But there is no need to do the actual pap smear every year anymore.”

She’s also seeing a decrease in the number of hysterectomies being done. “The biggest thing I’ve seen in the last 3 to 5 years is with ablations,” explains Julie.  “Which is where you burn the lining of the uterus for fibroids or uterine artery embolization to shrink down the fibroids by cutting down the blood supply.”

When a woman does need a hysterectomy, they have begun to remove the Fallopian tubes, where once they would leave them intact with the ovaries. “There was a study that came out that said the majority of ovarian cancers might come from the end of the tubes,” states Julie. “So that’s a newer thing OB-GYNs are attempting to remove the tubes if they do a hysterectomy.”

New things are happening on the other side of her practice too.

“It’s become very popular in obstetrics to allow the (umbilical) cord to pulsate for a little bit after the baby’s born,” says Julie. “It’s shown to be a benefit to the baby; it has to do with blood counts and oxygenation. So we have been trying (to leave it) for a minute to two minutes.”

Another procedure that has proved beneficial for babies is to allow skin-to-skin contact with either the mother or father for an hour after delivery, as long as it’s medically feasible.

“We put them on their belly on a towel, wipe them down, so they don’t get cold, and then put the baby on the mother’s or father’s chest,” says Julie. “It helps the baby clear fluids and regulates breathing and heartbeat ­– it has been found to help calm them down and learn to breathe.”

Julie has seen a lot of changes, having completed her residency in 2001.

The one thing that has surprised her most recently though has nothing to do with medical advancements, but more with demographics.

“The funny thing is, believe it or not, I’ve been told by several Chabad women I’m the only Jewish OB-GYN in the East Valley,” says Julie. “I thought that was pretty interesting.”

Julie has Orthodox Jewish patients in addition to patients that are Christian, Hindu or Muslim, and she tries to be respectful of their faith and religious practices when it comes to childbirth.

“I have taken a lot of comparative religion classes, so I try to learn what’s good and what’s bad,” she says. “II think being a minority makes you more sensitive to other people’s needs.”

She admits being Jewish and not living in New York, Miami or L.A., you become more sensitive to the fact that religious and personal needs are important, and that helps her relate to her patients better.

Julie realizes, “I can still care for them and not be exactly like them. I think that’s the other thing being a solo practitioner – the relationship I build up with my patients – it’s just completely different.”

That was what Julie wanted when she went out on her own – to feel like she was a part of their lives, and they’re a part of hers. “It’s definitely different than when I was in a big group, I was going for that feeling like we’re family, and we’re in this together,” she says. “This isn’t your baby – this is our baby.” 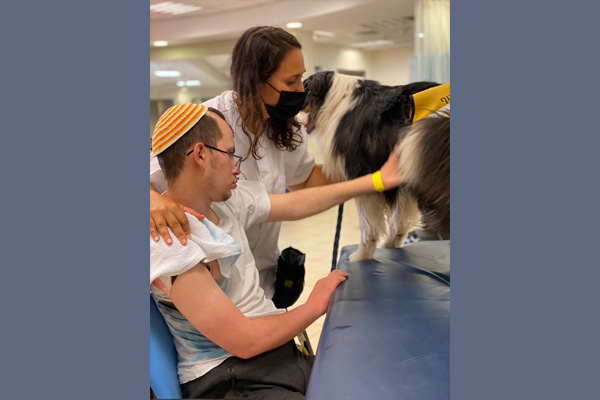 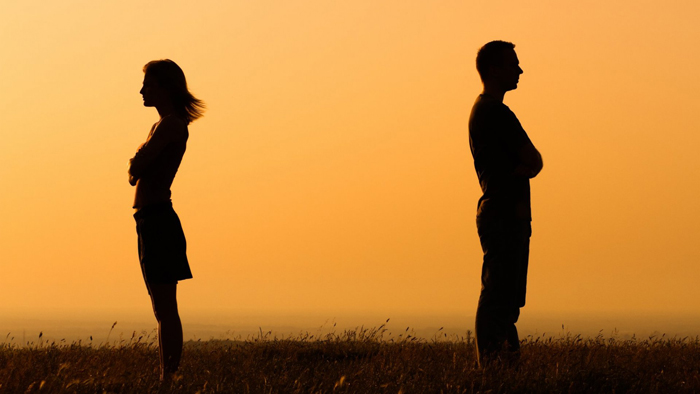 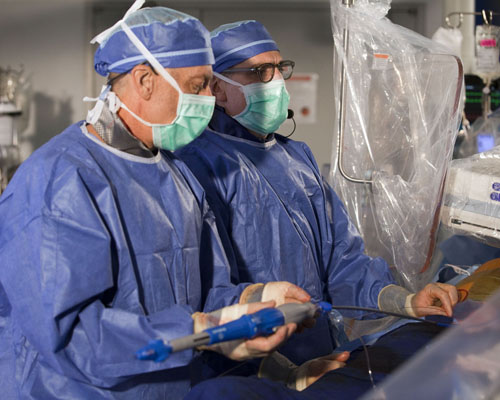 'Dr. Julie Davis-Best: Treating patients like family' has no comments