Housed in the hallway right outside the library at the University of Arizona College of Medicine in downtown Phoenix is a unique collection. The Robert Kravetz, MD Medical Museum consists of 15 cases of medical antiques that are just a part of Dr. Robert Kravetz’s enormous collection that began when he purchased a small toothpaste jar for 25 cents decades ago. 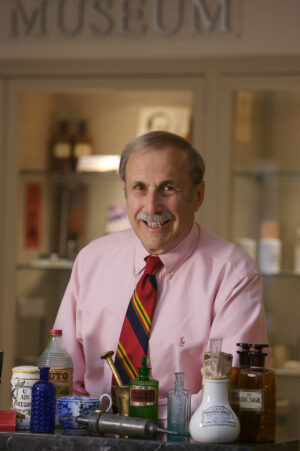 An avid historian, Kravetz’s collection grew tremendously while visiting his wife’s hometown of Newburyport, MA, in 1970. He knew that the town drugstore had been there for more than 100 years, so on a whim, he asked the clerk if they happened to have any antiques. The clerk handed him a key and gave him instructions to go around the corner and up the stairs to the loft.

“I opened the door, and it was antique heaven,” recalls Kravetz. “The drugstore dated back to 1840, and they never threw anything away. Everything was there from the past 130 years.” Robert bought a few of the items and then decided to go back and buy the rest. “I bought the whole thing for $2,500, and it cost me $3,500 to pack and ship it with Mayflower (trucking).” The antiques filled a semi-trailer – there were 60 cases of medical history totaling three tons.

He stored the cases in his brother’s garage for a few years and then opened an antique shop across from the Entz-White hardware store on E. Camelback Road. Then, over the years, he began to donate his items to various medical locations for display because he figured “it’s useless if it’s in storage.”

A retired gastroenterologist, Dr. Kravetz is on the faculty at the College of Medicine. (He’s the oldest member of the faculty at 87.) “I have a special elective with fourth-year medical students, where they do a research project and spend a month with me,” he says. “I give each medical student an antique related to the specialty or residency that they are going into. I tell them, ‘This is your first antique, it’s a wonderful hobby, and it’s given me a lot of pleasure over the years, and I want you to continue your interest in medical history,’ which I think is important.”

Dr. Kravetz believes that he practiced medicine in what he likes to call “The Golden Age of Medicine,” where a physician had autonomy – less time to deal with paperwork and insurance and more time to spend with the patient.

“When I teach the medical students, because I wrote a book on medical humanism, I try and teach them that you have to talk to the patient,” says Kravetz. “The patients want you to be competent, but they also want you to be caring and considerate – you need both. You don’t want someone who’s very competent but doesn’t have any bedside manner. I teach history, humanism and clinical medicine.”

A prolific author, Kravetz has written five books; the latest is A Look Back: Reflections on Medical History & Artifacts from the Pages of The American Journal of Gastroenterology. This book is a collection of articles he had written over a decade as an archivist for the American College of Gastroenterology. It also includes photographs from his collection along with detailed descriptions.

“It’s for anyone who wants to learn about medical history,” says Kravetz. “It’s not that scientific, but it’s detailed. It’s more like a coffee table book.”

Dr. Kravetz shares that one of his favorite pieces in his collection is an old leech jar. “Doctors used to apply leeches to the body as a form of treatment to bleed the patient,” he explains. “I bought this leech jar, in of all places, at the MGM Grand in Las Vegas. There was a pharmacist who collected medical antiques, and I bought the leech jar years ago for $250.” He says that sometimes he sends some of his items to an auction house that specializes in pharmaceutical antiques, and they told him that specific leech jar would go for $6,500 in an auction.

But he doesn’t often sell his pieces, opting instead to donate them, and he’s proud to say that he is down to a “reasonable amount” of boxes after the tons he started with years ago.

“I come from back East, and I went to medical school in New York – one of the oldest medical schools in the country,” says Kravetz. “A lot of the medical schools back East had medical museums, but we didn’t have any type of medical history museum here, so I was pleased that we could have something for our students.

“When I teach, I say, ‘You have to pay homage to those physicians who went before you. It’s not all about what you do today. What you do and what you know is standing on the shoulders of those who came before.’ I think it’s very important that they understand that.” 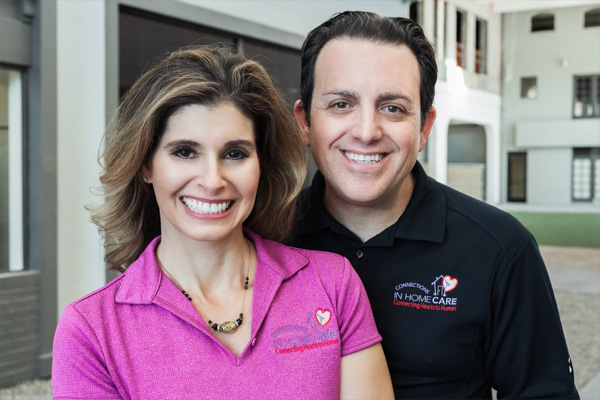 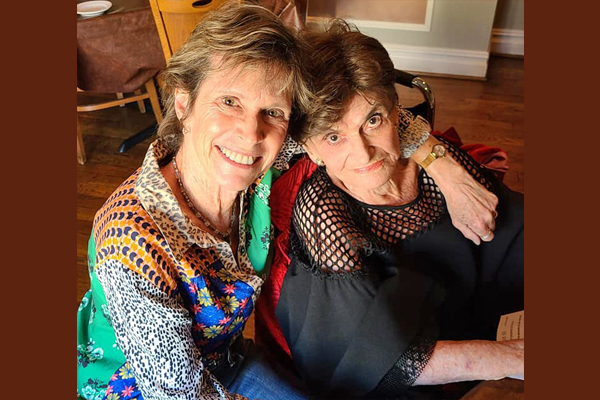 'Dr. Robert Kravetz: A healer and historian' has no comments