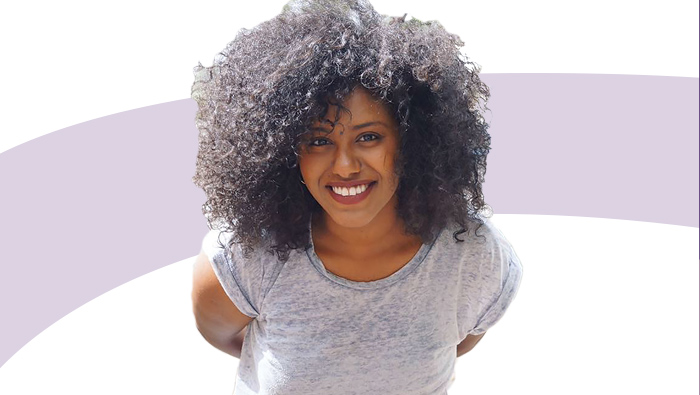 Leah Avuno never has a dull moment. She is always on the go. Her mission: to represent Israel, touch hearts and minds, teach, learn, discover new ideas and expand others’ world views on a daily basis.

Leah and another Israeli, Bar Alkaher, are the first emissaries from Israel in Tucson as participants in the Shinshinim Young Ambassadors Program, which sends recent high school graduates from Israel all over the world to act as ambassadors. It is a competitive program, with only about 120 people chosen from thousands of applicants and placed around the U.S. and the world to represent Israel.

While they are in the U.S., they will live with local host families with the goal of educating people in their new communities, including schools and synagogues, about Israel. After a year of service in America, both Leah and Bar will return to fulfill their military obligations.

While interacting with a variety of different people, Leah was asked, “Isn’t this experience being in Tucson making your army experience last even longer? Doesn’t Israel have enough problems to solve that they need you there?”

“I think we should worry about the Jewish people in the USA just like they worry about us in Israel,” she responded.

Leah is originally from Gondar, Ethiopia and has had many rich experiences. “I was born in a Jewish village when my mom was 16 years old,” she says. “We moved to Israel when I was only 2 years old. My Mother raised her little sister and me from a young age. She got married when she was 14 and decided to leave Ethiopia when she was 18. She and my Dad lived in the city because my father was working as a doctor. Most of our family had already made aliyah in Operation[s] Moses and Solomon and some even walked from Ethiopia to Israel.”

She grew up in Kiryat Malachi, a diverse place, but one where she also faced racism. However, that did not deter her. She has joined 10 different youth groups and organizations and volunteers in her own community. She became president of the Kiryat Malachi Youth Council and is also a national representative.

During the past six months in Tucson, Leah has worked with the Jewish, African American and Latino communities, sharing her experiences and knowledge about Israel.

“I see a lot of beauty in Israel, in its nature, in its capital,” says Leah. “So many Jews never lost [their] religion after thousands of years. They always had a feeling [of] connection to Israel, the land of milk and honey. Judaism can bind us all together and you don’t have to believe in God to be Jewish; it’s a lifestyle – one you chose to be a part of and embrace. My Judaism inspires me to repair the world and assist people who need help. Judaism brought me to Arizona to connect the Jewish community here to Israel.”

She says many people have been surprised that she is black and Jewish: “People [have] told me I was the first black Jewish person they met. So it is an important mission for me to talk about the different communities … in Israel and how [they are] filled with so many people and cultures from around the world.”

Leah has also visited an African American church in Arizona. “I did not go there to pray, [but] rather to connect with a community that has a lot in common with the Jewish community,” she says. “…People don’t [often] see it clearly.”

She went with Cantor Avraham “Avi” Alpert from Congregation Bet Sholom to meet the priest and the worshippers. “I told them all about Israel, why it should interest them and why they should be connected to Israel,” says Leah. “I didn’t come to sell anything or convince people to do what they don’t want to do, but I wanted them to hear the truth from someone who lives in Israel, who can tell them the real story about the Israeli-Palestinian conflict.” She wanted to explain it firsthand, instead of having people hear about the situation from just the news or from the internet.

When asked how she sums up the last six months, Leah has a ready response: “The hugs I get from children. Hearing them tell me the new Hebrew word they learned last week. Having the parents tell me what their children taught them about Israel. …That the community wanted to celebrate the Jewish Ethiopian holiday Sigd five times.” (Sigd is an Ethiopian Jewish holiday where the community rejoices the renewal of the alliance between God, the people and the Torah.)

Leah had a good feeling on the flight to Arizona, testament to her powerful and life-changing experiences here so far, not to mention her own personal development. “I can’t explain the feeling I have of experiencing and learning from so many rabbis, some of [whom] are women, and so many different types of congregations,” says Leah. “There is so much knowledge that I am learning about the world and myself by being in Arizona.”

Masada Siegel is an award-winning journalist and photographer.