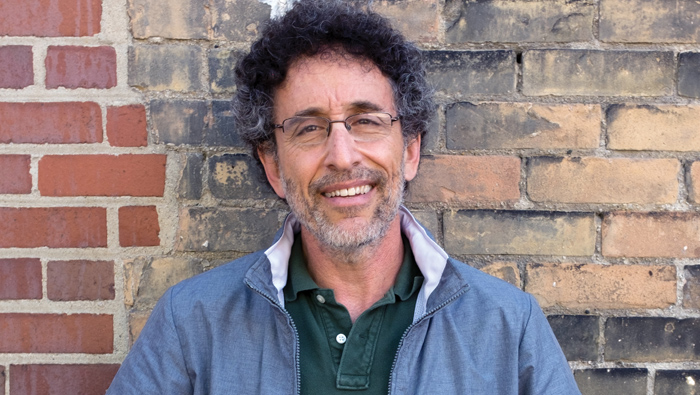 The life of an artist is often one of solitude. Days, months and even years are spent honing a medium that requires constantly conjuring up creative ideas for subjects. It takes resources – time and money, not to mention passion and persistence – to design, build, draw, paint, carve, sculpt, photograph.

Many artists manage to combine those solitary, creative studio hours with time spent among their like-minded, artistic brethren. That’s the essence of Five15 Arts, an art collective which recently lost its home after 15 years in the heart of Roosevelt Row Arts District in downtown Phoenix (at 515 E. Roosevelt Road, to be exact – hence the name).

Daniel Friedman, of Phoenix, is one of three new members to join Five15’s collective of 10, replacing artists who took the opportunity during this period of transition to move on – not an unusual event over the course of Five15’s evolution. As with any dynamic, artistic entity, artists come and go. That’s what keeps a collective alive – the ebb and flow of artists working together toward a lasting, common goal: to keep art alive and accessible in the community.

“Art collectives are ways to get out, establish a network and show my work,” says Daniel, who brings his photography skills to Five15. “I saw a call for artists on Five15’s Facebook page and website. I also knew people who knew people who were in it, so I figured I’d submit.” He submitted samples of still-life photographs he’s been working on for the last couple of years for review. Black-and-white photography is “the main body of my work,” says Daniel.

One of those people is Wendy Willis, also of Phoenix. Daniel met Wendy in a printmaking class at Phoenix Center for the Arts (PCA) downtown, where she is the department head for printmaking. Wendy has been a resident artist at Five15 for five years and currently serves as president of the collective.

After being a fixture on the Phoenix art scene for a decade and a half, Wendy says this of Five15’s move: “We knew our landlady had the building on the market and sooner or later it would be sold. We wanted to stay together as a group.” But when the eviction notice materialized, some members were ready to move on while others wanted to keep Five15 intact. This opened the door for some new members.

Meanwhile, Wendy says that Lane Black, operations manager for PCA, brought in the director, Joseph Benesh, and Five15 was offered a temporary home in the center’s new gallery space, recently named the Larry Wilson Gallery in honor of the late Larry Wilson (1950-2013), a Valley artist and longtime PCA instructor. The gallery was dedicated just last month. Wendy says that Five15 members “enthusiastically agreed that it was a good temporary move” and jumped at the chance to share such esteemed, modern gallery space.

Daniel cites advantages of joining an art collective: “Everyone chips in, does the work and pays dues. We have a place to gather and show. It’s nice to show my work and have connections to other [artists].” He stresses the lack of restrictions, noting that members are encouraged to seek other places to exhibit. The artist has “a large body of work, so I have plenty to show.” With 10 people in the collective, the plan for when they find a second permanent home is 10 solo and two group shows each year. Until the next and final move, Five15 is conducting group shows at PCA every other month.

“My still-life photos are old-fashioned, rooted in my understanding of and interest in photography,” says Daniel. His favorite photographers are “the classic, old guys: Richard Avedon, Irving Penn, Harry Calahan.” He’s always looking for ways to change his approach to photography “without doing something for the sake of being weird or edgy. Then it wouldn’t be honest. I don’t want my art to look like I grew up with Photoshop – no special effects. I have conversations with myself to be as honest as possible about my work.”

Daniel finds being a member of Five15 “motivating and gratifying.” He appreciates his fellow artists’ wide range of styles and the seriousness – like his own – with which they take their art. “It’s nice to be with genuine artists, not posers. I know I have to keep up my end of the bargain and be as genuine as they are,” says Daniel. He notes that he wants to try to make enough of a living from his art to want to keep doing it, though the motivation is not solely monetary. Still, he points out that “the term ‘starving artist’ is very real!”

Daniel has also tried his artist’s hand at rebar sculpture but says “it’s just too unwieldy; you need a crane to move it!” His unique pixel paintings are made of “refugee pixels cropped out of photos. Where do they all go when cropped? It’s an excuse for me to think about color – very different from photography.” And finally, there’s printmaking, which he is trying to master “without getting ink all over me!”

Running out of motivation or ideas – or space to store his photographs – doesn’t worry Daniel. He gives credit to the digital age, which makes the process of photography “so much easier. But it hasn’t deprived me of any artistic inclinations. I’ve been following the parameters of film since 1975.” He adds that he uses digital to make the medium more efficient and streamlined for him as an artist. “It doesn’t change the way I take pictures; it just changes how I create them,” he says.

The future looks bright for Five15. Desert Viking Builders of Chandler is developing the vacated property, but plans include permanent space for the collective. “New challenges will present themselves,” says Wendy. “We’ll need to be open longer hours and more days. It will cost a bit more and we may need to take on more members to keep it affordable.”

New members like Daniel will keep Five15 fresh and relevant. And he says he’ll never be in short supply of new material: “I find stuff in my yard while I’m doing yard work.”

Visit the new Larry Wilson Gallery at Phoenix Center for the Arts at 1202 N. Third St. in Phoenix. Contact PCA for more information about the gallery at 602-254-3100 or visit phoenixcenterforthearts.org. While you’re there, stop in and see what Five15 artists have on display. Visit five15arts.com (Daniel Friedman is the guy on the right in the website photo).