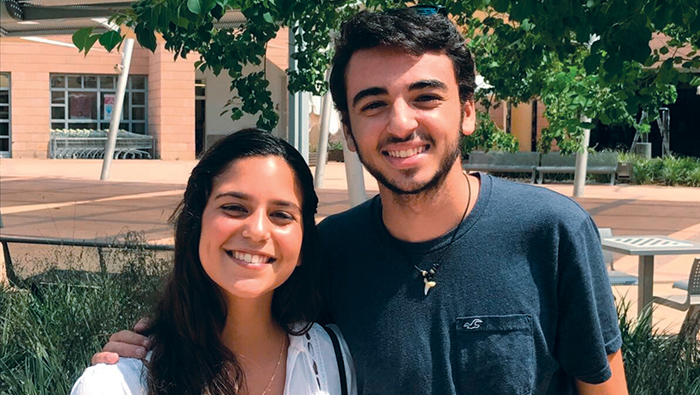 The word “shinshinim” sounds funny at first, but it has significant meanings.

Shinshinim is an acronym for sh’nat sherut, which means “a year of service.” The Shinshinim Young Ambassadors Program brings recent Israeli high school graduates to a variety of Jewish communities abroad. There, the teens immerse themselves into the community and act as a bridge between the U.S. and Israel, working and volunteering at various Jewish institutions. The program is quite competitive – only 115 teens are accepted out of a pool of about 2,000 applicants.

I recently had the opportunity to chat with Chen Dinatzi and Tamir Shecory, Tucson’s newest shinshinim for the 2017-2018 year.

Being a shinshin has been Chen’s dream since she was 15 years old and heard about it from one of her counselors in the Israeli Scouts who had done the program. She recalls being surprised that a program like that had even existed. She noted that she went through the “excruciating screening process” and had refreshed the page where decisions would be displayed over and over for days. When she was finally accepted, she was shocked. “I didn’t even think I had a chance,” she said and noted the wave of gratitude that swept over her immediately afterward.

Tamir, on the other hand, hadn’t heard about the program in his small town of Kfar HaRif. He found out by chance scrolling through Facebook one day when an ad for the program popped up. He asked his friends about it, and they told him that it was “impossible to get in” and that no one from his region had ever gotten in so “he shouldn’t even try.” He decided to apply on a whim and found himself in the last round of interviews. Later, he was amazed to find out that he had been accepted.

As the initial excitement of being accepted wore down, reality started to sink in. Tamir said that his mother was extremely excited for him but was in denial until the day he, her youngest child, had to leave. Chen echoed this and added that she talks with her parents every day and that they, along with the majority of her friends are counting on her to bring back lots of food – Hershey’s chocolate and spicy peppers just to name a couple.

In parting ways with their families in Israel, Chen and Tamir gained wonderful new host families. Chen says that “they’re really like a second home for me, which is very important,” especially given that she expected to come to America and feel lonely. Tamir agrees and adds that he doesn’t “even call them hosting families, they’re like adopting families.” After their daily activities, they love coming home to a warm and welcoming environment, where the people care so much about them.

They share similar feelings about their transition to the U.S. itself. Chen describes Arizona as one of the most beautiful places she’s been to “where the people are warmer than the weather.” She particularly enjoys the nature and landscapes, given that she’s used to living in a city where space is tight and buildings are abundant. Tamir, who was born in Portland and lived there for the first few years of his life, also loves Tucson. He says that it’s cool to visit places like Costco that he went to as a child, and have a feeling of nostalgia.

When I spoke with the pair, they had only been in Tucson for a few weeks, but had a lot to say about their experience. Their daily schedule fluctuates, but they go from Jewish institution to institution, connecting with people and sharing their culture. They might speak at a synagogue, then go to a Jewish school, then to an Israeli cultural session, followed by a Hebrew lesson or two. Some places they visit weekly and have an established process, which they say is their favorite so that they can build really strong connections and go deeper in their conversations.

One of the most critical aspects of their year here is being able to connect with the teenagers, most of whom, Tamir says, “will say that they have a connection to Israel, but they won’t be able to explain it so much. We want to make them realize what the connection is and why it’s there.” They especially want to provide their perspective of life in Israel that the news doesn’t always reflect; for example, how people come together during a crisis, opening up their homes to complete strangers.

Chen and Tamir have lots of plans for what they want to accomplish during their stay in Tucson. They each have individual goals – like gaining independence, confidence, maturity and speaking better English – but they focused more on what they want to leave behind. Tamir hopes to create a mural, that the whole community can contribute to and that will represent their time there. He also says that he wants himself and Chen “to be the faces of Israel so that when they think of Israel or see something on the news, they’ll think about us and what we told them.” Chen stresses the importance of giving back, even just to two or three people. “We as teenagers, as shinshinim, get so much from others – from actual physical gifts to more important things like values and warmness. I feel like the best way we can give back is to make more people give back.”

After the Shinshinim program, both Chen and Tamir will serve in the Israeli army, where Chen hopes to have a meaningful position, possibly as an instructor, and Tamir wants to contribute his skillset to the team, maybe in the intelligence corps. As for later, Chen dreams of being a neuroscientist and Tamir wants to be an architect, but also be involved with the Jewish world abroad.

The pair are looking forward to making more connections and experiencing all that Tucson has to offer. As Chen proclaims, “I’m still understanding that I’m Chen Dinatzi and I’m here to leave my personal mark of Israel, and myself, and everything I believe in, on the Tucson community.”

You can learn more about Chen and Tamir by visiting jfsa.org/tucson-shinshinim.

Rose Capin is a sophomore at Vanderbilt University. 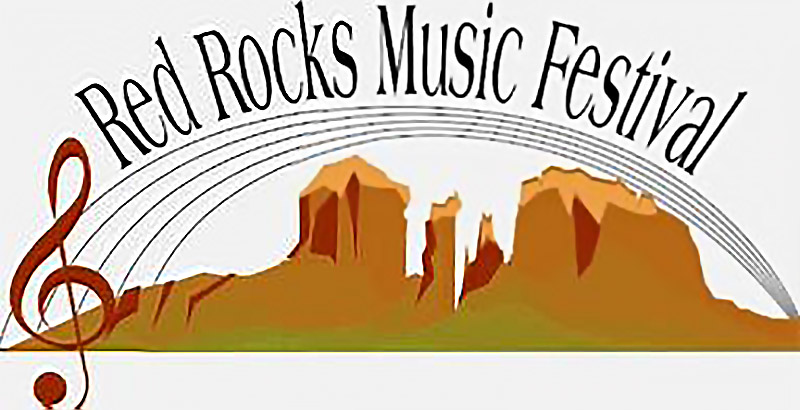 'Making their mark on Tucson: An interview with Tucson’s shinshinim' has no comments