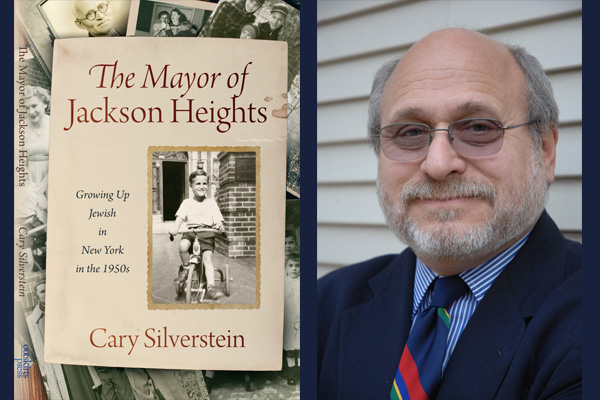 Cary Silverstein’s latest book, The Mayor of Jackson Heights: Growing Up Jewish in New York in the 1950s, is an homage to his hometown of Jackson Heights, NY, a diverse neighborhood in the shadow of LaGuardia Airport that was once called “Manhattan’s Bedroom.” In his book, Cary shares stories of his youth, family and why growing up in Jackson Heights had such a profound impact on his life and the lives of others.

During the war, his father had been working in Jackson Heights, NY, for the defense industry. So, after a fire damaged their home when he was two, both his father and his uncle decided to move their families from Brooklyn to Jackson Heights. Cary lived there from the age of 2 until he was 24.

The source of the title is revealed at the beginning of the book. “My best friend’s mother used to hang out the second-story window of our six-story apartment house and yell out to me, ‘Cary, where’s David?’ and I always knew where David was, so she said, ‘You know what? You know where everybody is. You must be the mayor of Jackson Heights,’” Cary remembers.

Cary started this “unauthorized biography” when his granddaughter was born so she would have a history of the family. But life got in the way, and the story got put on the back burner.

Then, two years ago, while Cary what cleaning up his home office, he found the manuscript.

“I found this alligator clip of 85 pages and decided, well if I did one book, I can do a second book,” says Cary.

In 2016, Cary co-authored his first book, Overcoming Your NegotiaPhobia, with psychologist Larry Waldman, Ph.D. The book is a guide to navigating the situations in your life that challenge your communication and negotiation skills. Cary has also written a third book, The Company Doctor Prescribes, a culmination of his more than 100 articles on ethics, general business, entrepreneurship and negotiation that he has written for the BizTime in Milwaukee, WI. This book is currently in its final editing stages.

Since Cary’s writing style had changed since he first started the manuscript, he says that he had to rewrite everything. But he, and his family, are pleased with the results.

“They want to know if I kept notes from two years old on because I remembered everything,” jokes Cary. “I never kept a journal, but my brother, who is seven and a half years older than I am, corrected me where I was wrong.”

Once published, he sent the book to all his first cousins. “My younger cousin in upstate New York had her father’s sequence in the family wrong, and this corrected it,” says Cary.

He also sent copies to childhood friends who he reconnected with while working on the book. “Some of their comments was that it generated wonderful memories,” says Cary. “There was some sadness in it too because my first girlfriend’s father was killed in a robbery in a pharmacy, and it was in the book, so it was a little bit hard for her.”

She, along with other friends, sent him photos. Some he didn’t even remember, like a photo of him at his high school prom.

Even though his immediate family was just he and his brother, his father’s family was quite large and there are many cousins.

“One of my cousins lives in Arizona, and we’ve been connecting more,” says Cary. “He read it (the book), and he learned more about his family, and it motivated his son to start working on their family tree.”

Cary also shares his knowledge in running businesses to mentor about 35 people every Wednesday morning. “I help them get ready for interviews, networking – having a lot of HR experience is very beneficial to them. Especially teaching them how to negotiate salary and things like that,” he says. “It’s all part of giving back.”

Since Cary and his wife, Susan, split their time between Scottsdale and Fox Point, WI, “giving back” also includes being strong supporters of Rotary International and members of both the Scottsdale and Milwaukee North Shore clubs. They also support two theater companies dedicated to providing opportunities to adults and children with disabilities.

These theater companies are The Pink Umbrella Theater Company in Milwaukee, WI, and the Detour Company Theatre in Scottsdale.

When questioned about how busy his schedule must keep him, his reply is simple, “I try. I’m only 76.”

For now, he’s enjoying the support and positive feedback from friends and family on the book. And as for the granddaughter who was the inspiration to start this legacy project? She’s a soon-to-be-16-year-old honor student and currently reading the book. “She got copy number one,” says Cary.

To purchase The Mayor of Jackson Heights: Growing Up Jewish in New York in the 1950s, visit amazon.com, outskirtspress.com or barnesandnoble.com. 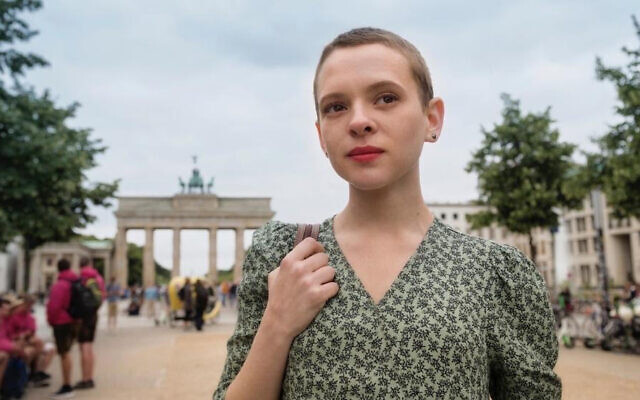 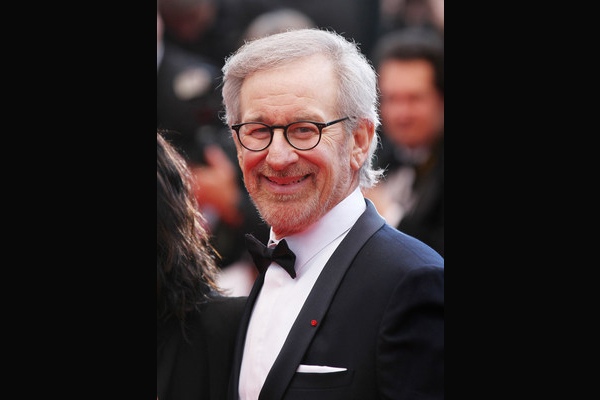 'Meet the (unofficial) Mayor of Jackson Heights' has 1 comment