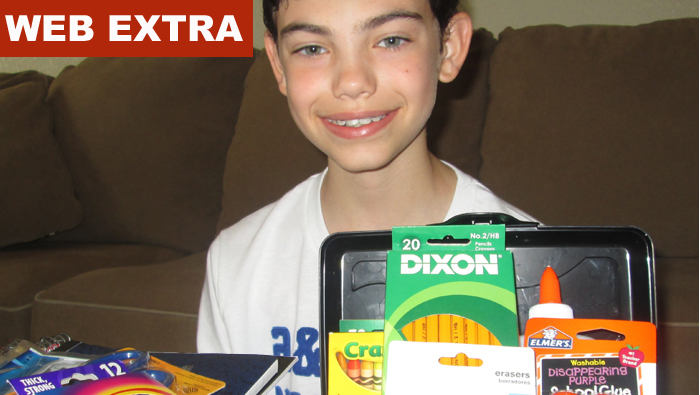 (This is the first post in Arizona Jewish Life’s project to help bar and bat mitzvah students achieve their mitzvah project goals. To have your project posted on our site, contact janet.arnold@azjewishlife.com)

David Machbitz comes from a family that not only believes in the value of education but also puts their time, energies and resources into ensuring that value.

His grandmother, Eve Tutnick, was a teacher and director at the Valley Jewish Day School, the original non-denominational Jewish day school in the Phoenix area from 1976-83. She was later in the education department at the Community College District. His mother, Lesley Tutnick-Machbitz recently completed her master’s degree and is on the theatre and film faculty at Glendale Community College. David will be entering eighth grade at Pardes Jewish Day School and his sister Anya will be in fifth grade there. His father Joseph Machbitz, who is a project manager, serves as a strong source of support as well.

When David started thinking about his bar mitzvah project, he knew right away he wanted to tie it into education. As he states in his public letter about the project, “Like most children in the United States, at the beginning of the school year my sister and I get long lists of school supplies that we need to bring to school. It is a fun day of shopping picking out the items we need. However, over 16 million children nationwide begin school each year without the supplies needed to go to school. Studies show that students who do not begin the year with the needed supplies have lower self esteem, fall far behind in school and are less likely to graduate high school.”

David and his mother determined what supplies would be most necessary and priced backpacks and contents. He contacted Jewish Family and Children’s Service, which has an annual “back-to-school backpack program” and joined forces with them. Working with Jessica Green at JFCS, David started his process of educating and asking. His letter is posted on the JFCS website as well.

“My mom and I keep looking for even better deals on the backpacks, and are hoping to supply way more than the 100 I originally set as a goal,” David states. “I really want everything in by Aug. 1 to be able to get the supplies to kids for this school year.”

Here’s how you can help David reach out and help Valley school children in need:

Though the cost per filled backpack is about $30, David reminds everyone that “No donation amount is too small!”

David will become a bar mitzvah at Congregation Or Tzion in Scottsdale on Oct. 17. 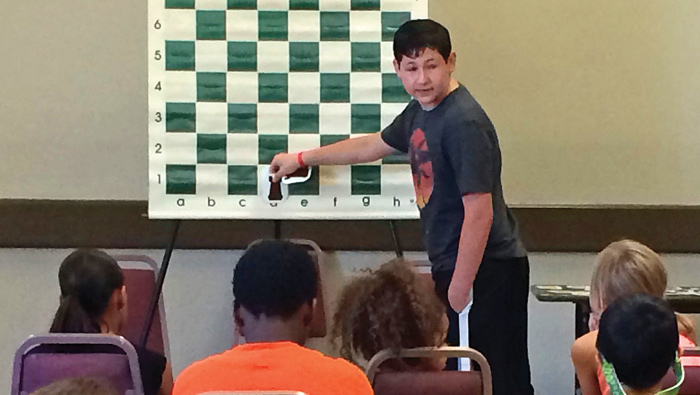