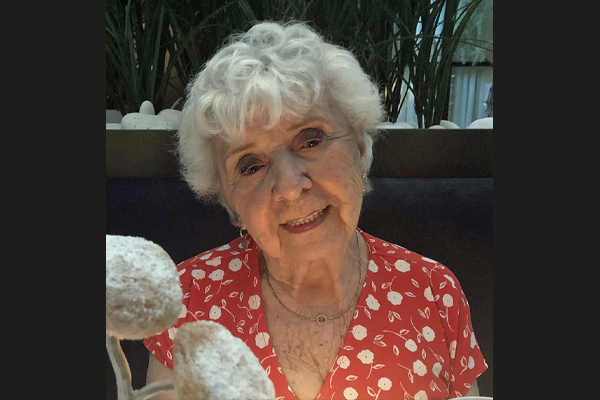 Roz Monahan is no stranger to the stage. She grew up taking dancing lessons and then went on to work on Broadway in several shows. “I don’t want to be specific with names, but I was in several shows – some were successful, many were not,” she says.

She danced in the “most famous chorus line” and toured in a show with two other chorus girls. After college, she became a parent and teacher and the “queen of community theater in New Jersey.” While working in community theater, she became interested in working backstage and became an assistant stage manager for several Broadway shows. When the family moved to Arizona and her children were in plays, she became stage manager for those productions.

Earlier this year, Roz took a Reader’s Theatre class in Scottsdale that Janet Rees, senior concierge and creative aging consultant with the Jewish Family & Children’s Service, was presenting. Janet was so impressed with her talent that when director Travis Holt Hamilton reached out to her and asked if she could recommend anyone for a part in his upcoming film, she told him, “I’ve just the girl for you.”

Janet connected Travis and Roz, and after they spoke, he set up a Zoom audition. She found out she got the part in February, and they started shooting on June 1.

The film is called “Touch the Water” and is written, directed and produced by Travis. The story centers around Daisy, a Hopi Indian woman (played by Pershlie Ami) who, as a child, visited the ocean and was afraid to go into the water. As she ages, she begins to regret that decision. Ruby (played by Roz) is her friend at the senior center she lives at, and when the young man who runs the center challenges the residents to pursue a dream, Daisy realizes she wants to visit the ocean and touch the water. 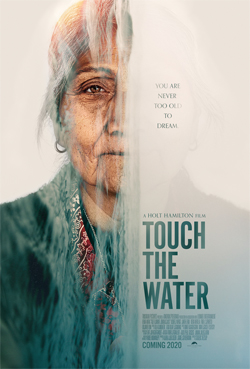 Filming just wrapped up and the next step is post-production and editing, which will take a few months.

“This is my first film, and I can’t tell you how much I enjoyed it. It was magical,” says Roz. “We shot in Mesa, at the Hubbard Swim School, at a senior center, at a ranch in Gold Canyon and up and down the highway. And for the past couple of days, we’ve been on location in San Diego on the beach.”

She said that working in the heat was a challenge. “The movie takes place in December and January, so we’re wearing sweaters, jackets and long pants,” says Roz. “The day we were filming the driving scenes, it was 118 degrees and you can’t have the air conditioning on because it makes noise that gets picked up by the sound people.”

She jokes that between takes, three young men were misting her with cool water. “The director said, ‘Roz, you can go sit in the van with the air conditioning.’ I said, ‘Are you kidding me? Do you think I have this at home? I’m not moving.’”

One of the things that surprised Roz was that she wouldn’t know what scenes they were filming until she received the call sheet the night before. “Not knowing ahead of time, that’s not my comfort zone,” says Roz.

The schedule was also an adjustment. Roz would get picked up a 4:15 am to start shooting at 5 am, to beat the heat and take advantage of the lighting. “I didn’t know there was a 4 am – it’s been a long time,” she jokes. Her day would end around 6 pm.

When asked if she would do it again, she replies, “In a minute. It was great fun, and I enjoyed every bit of it.” She says that everyone was so delightful to work with and the crew couldn’t have been more accommodating.

She believes that might be why young movie stars become egotistical. Because anything she asked for, someone would run off to get it. “If I said, ‘I need ten green M&Ms,’ someone would go and get them,” jokes Roz. “I’m too old for that. I know that’s not real. I’ve been doing for myself for too long.”

Roz has two grown children, grandchildren and great-grandchildren that she is excited to share the movie with when it comes out. She also had a friend from her theater group back East who called and she told them that she couldn’t talk because she was shooting a film, so they’re dying for the details.

She also goes to Monday minyan with a group at Temple Emanuel of Tempe, and they just started meeting in person two weeks ago. “I said, ‘I’m glad we’re meeting again, but I’m shooting a film and I won’t be there.’ They said, ‘What? What are you talking about?’” So this coming Monday, she is excited to go back and tell them about her experience.

“At this time of my life to have this opportunity, it’s unbelievable. To make a new family and new friends and have a new experience that was so much fun,” says Roz. “I would do it again, anytime. If anybody needs an 84-year-old actress – I’m up for it.” 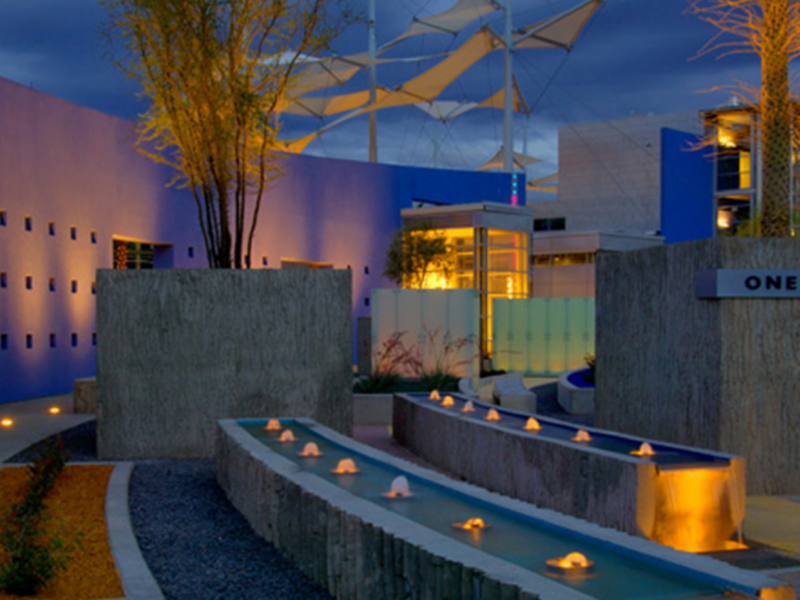 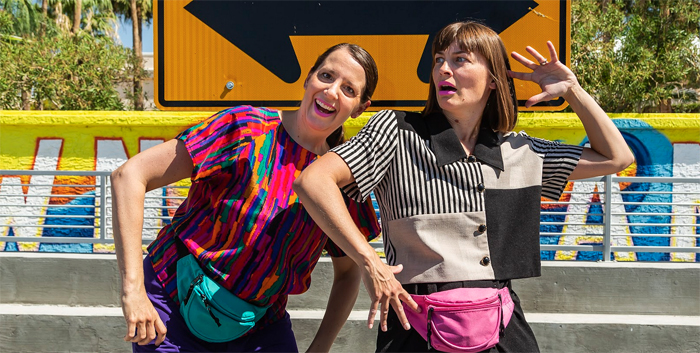 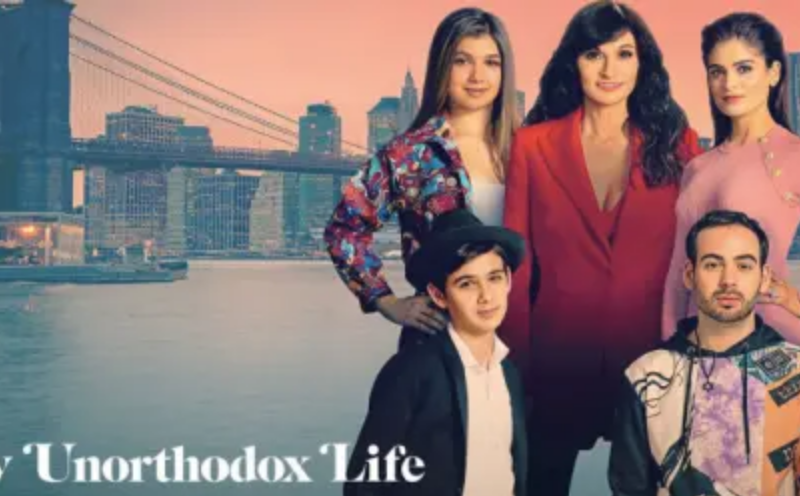 'Roz Monahan makes her movie debut' has no comments