StandWithUs is an international and non-partisan Israel education organization that offers a national high school program that mentors and trains high school students to engage their communities with conversations about Israel. The program has grown in Arizona this year to include three interns, up from one last year.

SWU also does work in colleges throughout the United States through its Emerson Fellowship. They have one Emerson Fellow here in Arizona – Emily Kaplan, who is currently attending Arizona State University.

Sarah Warner says the program has been a good fit because she has a passion for Israel and has grown up with a strong connection to the country. She plans on becoming an Israeli citizen after she graduates.

She sees a need for the work SWU is doing, and has witnessed individuals promoting anti-Israel biases online, in her community, and even in her school.

Dylan Brooks says he first heard about the program at a Hebrew High event, and that he was totally engaged, and knew he wanted to become involved.

He also made a trip to Israel in the summer of 2018, and it made a huge impact on him.

“I want to protect (Israel),” says Dylan. “I want to make a difference.”

Dylan is president and Sarah is religious and cultural vice president of the NFTY Southwest Region. NFTY is a movement that builds strong, welcoming, inspired communities through teen-powered engagement.

Kate Chavez, StandWithUs Southwest High School Coordinator, says the program takes exceptional high school students and provides them with many resources that prepare them to be leaders in college.

One of the ways that SWU develops its leaders is by having both the SWU Evenhaim High School Interns and Emerson Fellows attend their annual conference in January.

Dylan attended the conference this year, and says it was packed with information and programs that built up leadership, public speaking and organizational planning skills.

Christie Miracle developed a deep and personal connection after visiting Israel. “At the conference, I learned to experience it from the Palestinian perspective and not just through a one-sided viewpoint,” she says. “I’m excited to plan and run programs that connect to differing groups and look forward to proving that Israel is more than a nation beset by conflict.”

Sarah says she really enjoyed the conference as well, saying it was, “like the good parts of school without any of the bad things.” She admits she learned a great deal, including plenty of Israeli history, and how to inform people on Israel in a non-demeaning way.

Dylan says he has already had several conversations with various peers and his friends at school. They’ve discussed different viewpoints, and it’s clear what everyone wants – peace.

“Lots of people have misconceptions about Israel,” Dylan says. He wants more people to see Israel as a peaceful nation.

Sarah, a senior at Arizona School for the Arts, says her principal recommended to her that she check out SWU, as well as hearing about it at another convention.

She says she hopes to make a difference in her community by educating more people and combatting anti-Israel sentiments.

“It’s a very complex country,” says Sarah. “I encourage people to do their own research… to find their own understanding of it.”

Emily Kaplan, 2019-20 SWU Emerson Fellow and president of Students Supporting Israel at ASU, says she hopes to create a positive dialogue on her campus between pro- or anti-Israel individuals. She says that peace comes from mutual respect, understanding, and a willingness to make both groups of people happy.

“Having those difficult conversations with those who have different views than you, is what creates understanding and peace between people,” says Emily. “It is incredibly important to be able to acknowledge, respect, and understand the other side because, without that, there is no future for peace.”

Troy Hill is a sophomore majoring in journalism at The Walter Cronkite School of Journalism and Mass Communication at Arizona State University.

Back to School is Different this Year 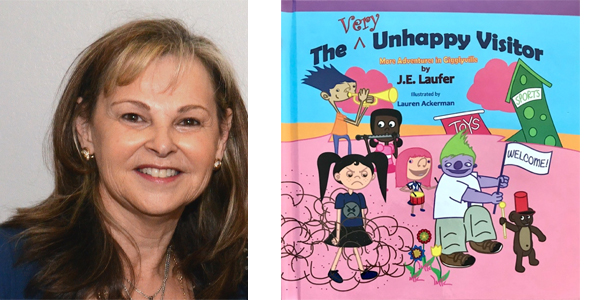 'StandWithUs program grows in Arizona' has no comments