Pictured above: The Storch violin will be on display with “The Violins of Hope” exhibit.

When the “Violins of Hope” exhibit comes to Arizona this month, there will be one violin on display that has ties to a Valley family.

This violin had been somewhat of a mystery to the Storch family for a long time. They knew that the instrument had been played by Elsa Katzenstein and perhaps also by her daughter, Ruth, and that it had accompanied the family when they emigrated from Germany.

“There isn’t anyone in the family to get a direct history from,” says Elsa’s grandson Dr. Daniel Storch.. “My grandfather passed in 1983; my mother died when I was 7; my uncle died in the ’80s. There isn’t anyone to get first-hand information from. It also wasn’t really talked about then.” 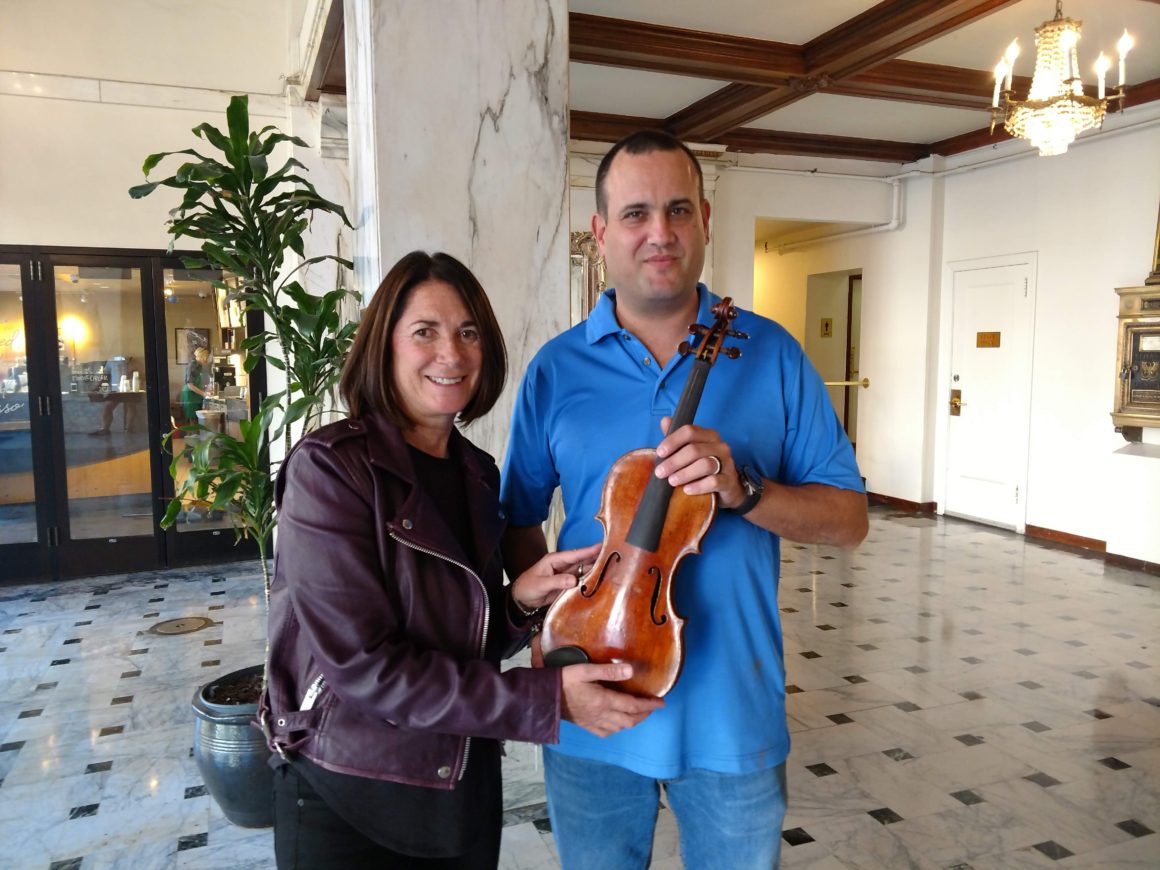 When Ruth Storch Joseph (Daniel’s daughter and Elsa’s great-granddaughter) had the opportunity to work in Berlin after college, she jumped at the chance to be so close to Hamburg, where the Katzensteins lived before fleeing Nazi Germany.

While in Germany, Ruth took some time to work on the family’s genealogy.

“There was a wonderful family in Berlin that sort of adopted Ruth while she was living there,” says Daniel. “They had a connection to this historian who had assisted them with their own family research.”

This historian was able to grant Ruth access to some archives, allowing her to learn a lot more about her family’s history. She found out that Elsa was an accomplished violinist and was a member of the Reichsmusikkammer, an elite association of musicians. Only members of this association were permitted to give private violin lessons. Elsa was also a member of the Kammer-Orchestra Hamburg and performed on the radio in Hamburg.

Elsa’s husband, Paul, was a prominent physician and cellist in the Jewish community. Paul was a member of the Arztekammer (a medical association) and Kassenartzliche (Association of Statutory Health Insurance Physicians).  He was banned from these associations on Sept.30, 1933, because of the Nuremberg laws.

In the archives, Ruth also found an appraisal document for the violin. The documentation included appraisals for another violin and a viola, which the family believes were sold, along with most of their valuables, to gain transport to America. 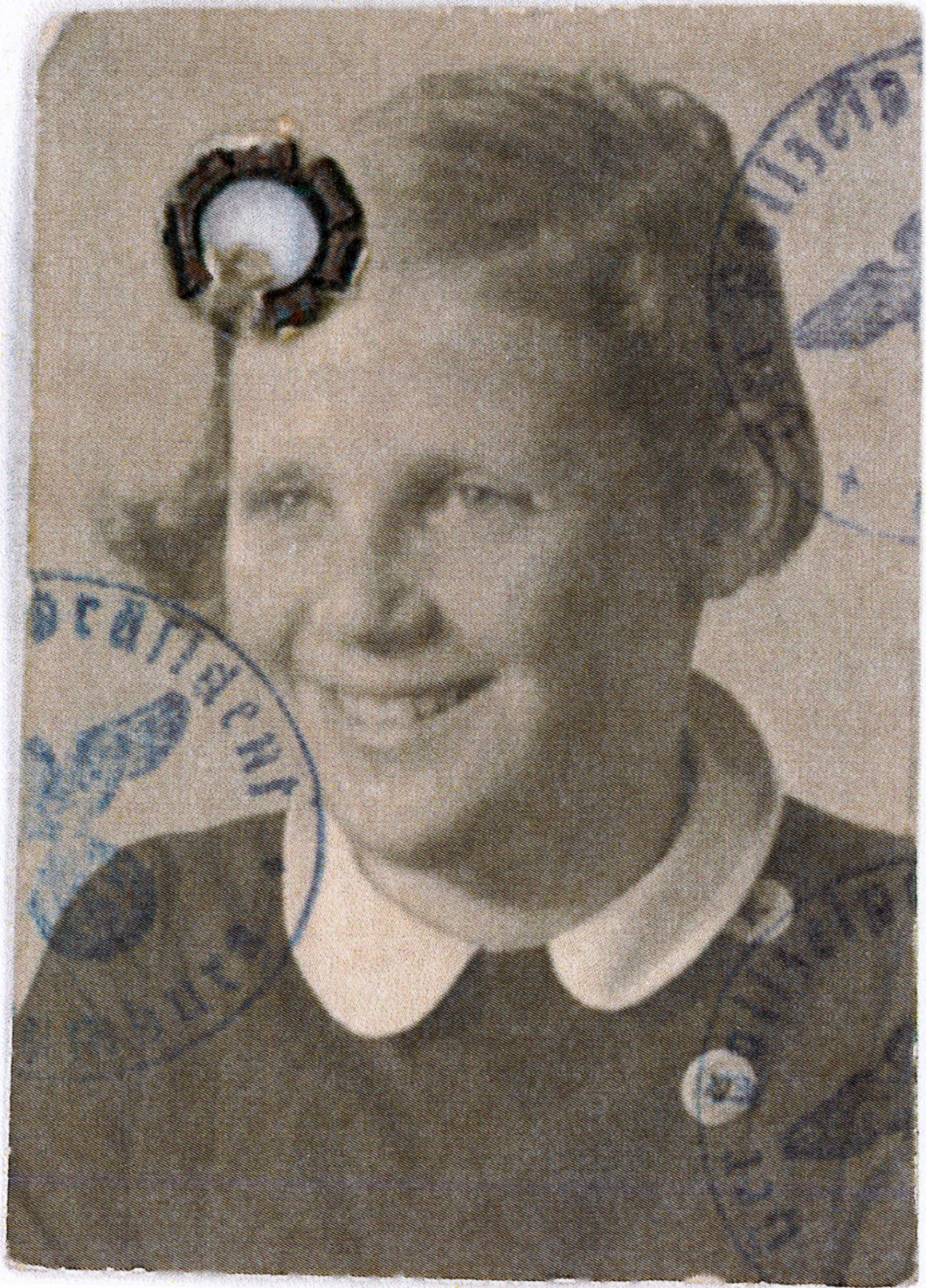 Shortly after Kristallnacht, in January 1939, Elsa and Paul put their daughter, Ruth, age 11, on a Kindertransport to Antwerp, Belgium. A Christian family cared for her there until her parents could send for her and bring her safely to the United States later that year.

That summer, Ruth, Paul and their son, Henry (who was too old for the Kindertransport) left Hamburg directly for New York. They brought the remaining violin with them to the states.

“I really didn’t know what I would find,” says Ruth about her research. “I was very blessed to connect with this historian who was able to give me tremendous guidance and access to archives that were very difficult to access.”

The violin had been sitting in a closet, and the family wanted it to be restored, but they didn’t want to give the project to just anyone.

“We just didn’t really know where to go with it,” says Daniel. “When we learned about the project (Violins of Hope) we thought, one day when we go to Israel, we will take it with us.” 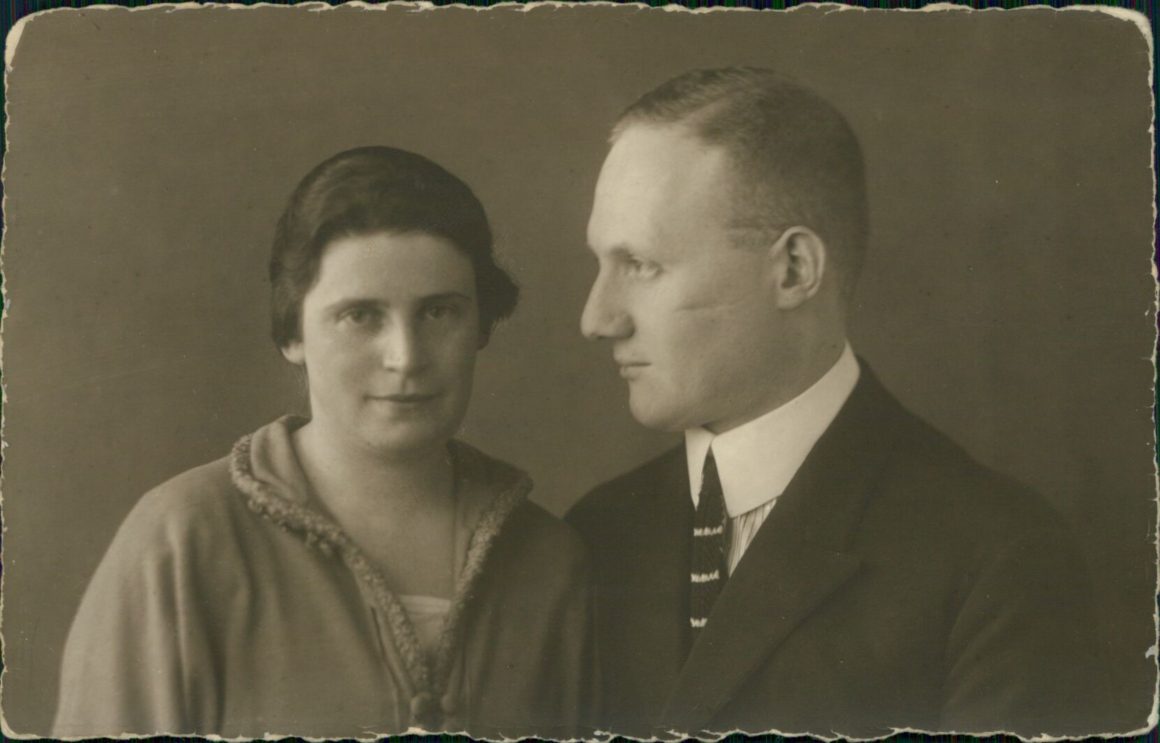 “When we learned that Violins of Hope was coming to Arizona and we would have the opportunity to have it restored by the Weinsteins, we jumped at the opportunity,” says Ruth.

Daniel’s wife, Elana, traveled to San Francisco in October 2018 to deliver the violin directly to Avshalom Weinstein, Amnon’s son. Avshalom is a luthier in Istanbul and works with his father on restoring violins from the Holocaust.

Avshalom took the violin to Israel to begin restoration. The Storch violin will be on display in the “Violins of Hope” exhibit when it opens at the Scottsdale Center for the Arts on Feb. 26. Although many of the violins will be played at concerts throughout the state, the Storch violin requires further restoration; it will make its musical premiere in January 2020, when the exhibit travels to San Francisco.

The exhibit exposes the visitor to the Holocaust through instruments that helped the imprisoned escape the darkness for a moment, giving hope through the language of music. “There are a lot of universal messages here,’ says Daniel. It’s a way of getting people to hear the stories. It’s a point of entry into the whole story.”

“I think it’s so important – not just as the granddaughter of a Holocaust survivor, I think for everyone – to know about your heritage and your roots and where you come from,” says Ruth as she holds her newborn daughter, Elsa, who is named after her great-grandmother.

“I hope that Elsa will have a good understanding of our history and some of the very tough decisions and sacrifices that people in our family made, so the future generations will have a better life and continue to uphold our family values, our religious values and our faith.”

“Violins of Hope” will be in Arizona from February through March and includes exhibits, lectures, concerts and educational programs. For more information, visit violinsofhopephoenix.com.