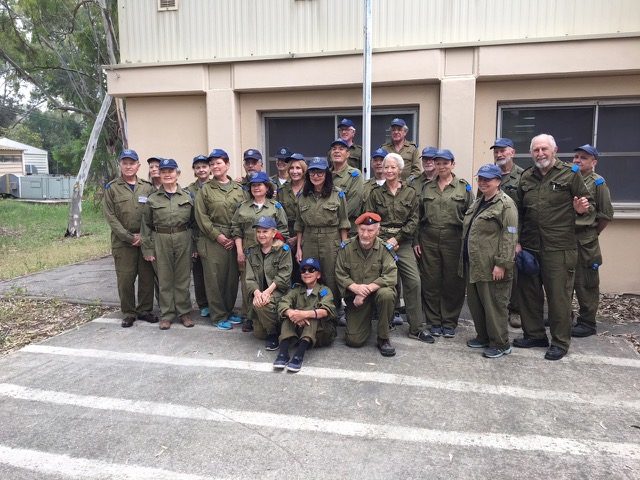 Pictured above: Charlotte Lowe (without a hat near the middle) and her Sar-El: The National Project for Volunteers for Israel group.

You’re never too old to be of service. But in Israel? Too scary? Too far? Too hard? Too retired?

Everyone in my international group is 60-somethings or older. But, as is typical, we feel 30 years old inside. For us, the load, heavy or light, is what we still want to do for Israel.

We are here to live on an as-yet-unnamed army base and perform whatever tasks needed to relieve the combat Israeli Defense Forces. We wear the uniform, get up early, attend the flag raising and sing the Israeli National Anthem. Or try, moving our lips to match those of our three young female IDF leaders. Then we do a six-hour day of work punctuated by a Kosher meat lunch and an hour break.

My roommate Diana Tishkovskaya, 68, a mechanical engineer and a refugee from the Ukraine to the United States, has a lifting job. I notice she rubs her back with an ointment but never complains.

My job, with teammate Gary Berkovich, 83, is unwrapping and then re-wrapping medical scissors. When we argue too much or get bored, he tells me “Russian joke.” It always works.

A Jewish refugee and architect, Gary lives in the United States. “Israel helped me escape from the Soviet Union in 1977,” he says. “I got a fake invitation from a fake relative. I was in that circle of refuseniks.” Gary has volunteered seven times and had his long-deferred bar mitzvah at age 80 on an IDF army base. He says our primarily senior citizen group is unusual. He’s been with groups that include many younger volunteers.

I asked him if it was hard to have a 19-year-old roommate? “We were like brothers,” he says.

Last year he hurt his back doing heavy lifting. “It went away in two weeks,” he says. He came back again this year.

Some volunteers in this group have had recent medical traumas. Although they look so strong and healthy, it’s hard to believe they almost died.

Felix Thau, 72, had a condition that involved a brain bleed and spent three weeks in the hospital. He was using a walker, then a cane. It was hard to drive, but he persevered. Tall, fit, with rumpled blondish hair, Felix looks as if he just got back from surfing and might be the older brother with the keys to the car. He’s a natural born kidder. “But it knocked me,” he says. “Since then I became very aware of my mortality,”

Visiting the homeland became important to him. Although VFI s a non-denominational group, he learned of it through his Jewish community.

“Last year I took my family to Israel, he says. “Now I’m volunteering. This is the only place in the world I feel our history as Jews and the Holocaust.”

Barry Singer, 73, and also from the United States says “I was a tourist twice and then I thought I should give back to Israel. Judaism is a big part of my life.”

Jeffry Wells, 51, is Episcopalian and a Registered Nurse. “This experience takes down the walls between us,” he says.

Angela Taylor, 65, a Southern Baptist from Macon, GA, came with five others from her church. She is pro-Israel. “I just feel they’re God’s chosen people and I care about their survival,” she says.

Angela loves seeing how the army works. “We’re compiling medical materials that ultimately become complete operation tables.” They fit in a backpack “that was heavy, but we helped each other,” she says.

When asked if there were any surprises, Angela says, “Well, I hadn’t really known many Jews before, and they were different than I thought. The Israeli soldiers don’t let you ahead of them in line. They don’t hold open the door. They aren’t like our Southern gentlemen.”

Some volunteers came alone, others coupled although there were separate male and female designated floors in the barracks. We rotated cleaning chores, washed (in this case by hand because the washer was broken) our clothes, hung them up and didn’t complain about hard beds or repeated menus in the mess hall.

We were a hodge-podge of people from all over the world – working for a common cause. It was summer camp in March, finding we got along with others, however isolated we felt in our lives at home.

Gary, who shares photographs and posts videos online of his VFI experiences, says of his multiple volunteer experiences in Israel, “Some people stay in touch.” For him, I know that’s an understatement.

I’ve made friends with my homeland and my fellow VFI volunteers forever. With trepidation, I made the trip alone, and it wasn’t hard. Having been with my fellow elders, I am stronger. Right now, I’m as young as I feel.

Charlotte Lowe, is a freelance writer and author of Stealing the Dog’s Prozac. 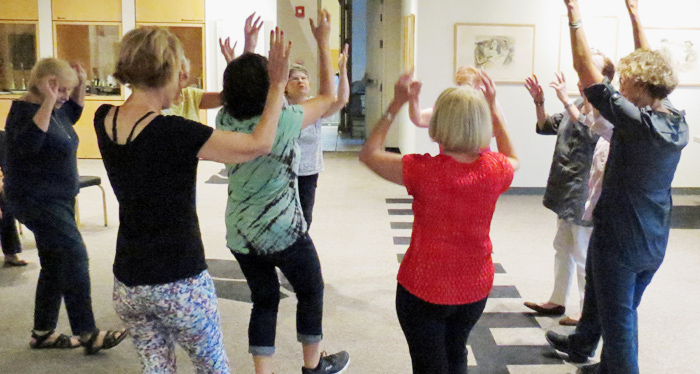 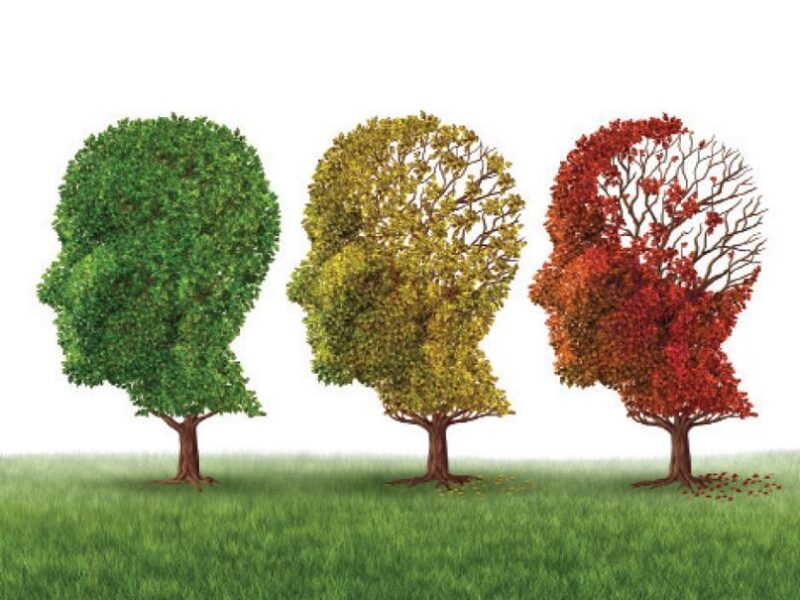 'The “young” Volunteers for Israel' has no comments