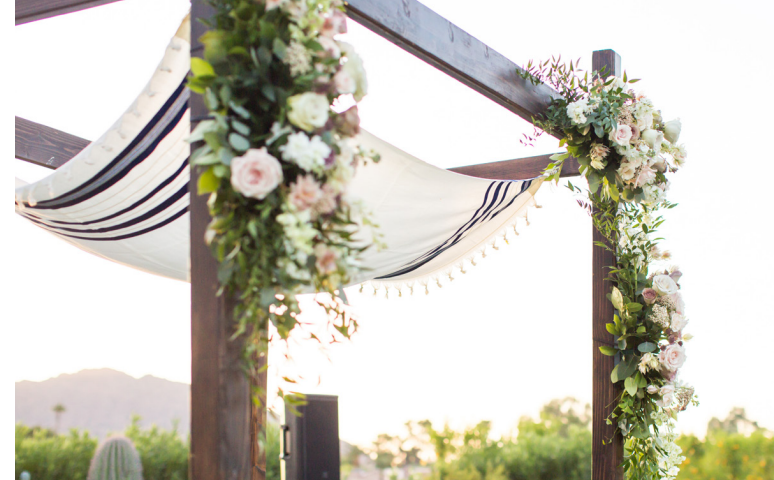 There are many traditions that are unique to a Jewish wedding.

Whether you grew up immersed in the Jewish religion and culture or barely attended temple, you may wish to incorporate Jewish wedding traditions into your big day. Depending on your subculture (Ashkenazi or Sephardic), your level of orthodoxy and whether or not you are marrying a fellow Jew, these traditions may be optional or mandatory. 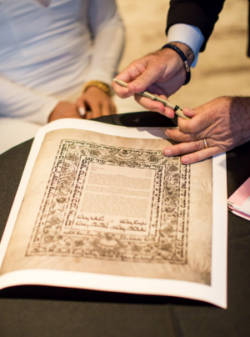 Signing the Ketubah: The ketubah is a symbolic Jewish marriage contract that outlines the groom’s responsibilities to his bride. It dictates the conditions he will provide in the marriage, the bride’s protections and rights, and the framework should the couple choose to divorce. The ketubah isn’t actually a religious document, but part of Jewish civil law – so there’s no mention of God blessing the union. Signing the ketubah is one of the oldest Jewish wedding traditions, dating back two thousand years. The couple, the officiants, and witnesses all sign the ketubah prior to the ceremony.

Bedeken: Bedeken means “checking,” and this practice dates back to biblical times. According to one legend, it began after Jacob was tricked by his father-in-law Laban into marrying Leah, who was presented to him as an already-veiled bride. Only after the ceremony did he discover that she was not Rachel, his intended bride. In another story, the first time in the Torah that we learn of love between two people is when Isaac and Rebecca meet. Out of modesty and humility, Rebecca lowers her veil and Isaac is so taken by her aura and beauty that he falls to the ground. If a bride is to be veiled, at some point before the ceremony – either before for after the processional – her intended places the veil over her face.

Chuppah: The ceremony takes place under a chuppah, or wedding canopy, which represents God’s sheltering presence in the lives of the couple, as well as the new home they will build together. The presence of family members under the chuppah, as well as its lack of walls, signify that family and friends will always be welcome in the couple’s home. A tallit (prayer shawl) that has special meaning to the couple can serve as a chuppah as can a handmade quilt or other covering. Some wedding canopies are not free-standing, requiring four individuals, generally friends or family members of the couple, to hold the poles to which the chuppah is affixed.

Circling: Among Ashkenazi Jews it is customary before entering the chuppah, for one partner to circle the other seven times, known as hakafot. This process alludes to the seven days of creation and as a reminder that marriage is itself a process of creation. Some couples choose a twist on this tradition by circling each other to demonstrate equality in their relationship. If this is the case, the bride circles the groom three times, the groom circles the bride three times, and then they circle each other once.

Sheva B’rachot: The seven blessings, called the Sheva B’rachot, come from ancient teachings. They are often read in both Hebrew and English, and shared by a variety of family members or friends, just as friends and family are invited to perform readings in other types of ceremonies. The blessings focus on joy, celebration and the power of love. They begin with the blessing over a cup wine, then progress to more grand and celebratory statements, ending with a blessing of joy, peace, companionship, and the opportunity for the bride and groom to rejoice together.

Tallit: A tallit, or fringed prayer shawl, may be used in several ways as part of Jewish wedding traditions. A tallit may serve as the top of the chuppah. A bride may also give her groom a tallit as a wedding gift. During the final blessings, the couple’s parents may wrap the tallit around the couple’s shoulders as a symbol of unity and being surrounded by love.

Breaking the Glass: At the end of the ceremony, the groom breaks a glass (usually wrapped in a cloth napkin or bag to avoid injury!) with his right foot. There are many interpretations of this ritual. Some consider it a reminder of the destruction of the Temple in Jerusalem, the most holy place in all of Jewish history. Others explain that the fragile glass reminds us of the delicate nature of marriage, which must always be cared for and cherished. At the sound of the breaking of the glass, guests traditionally clap and yell “mazel tov,” to offer congratulations and good luck to the couple. 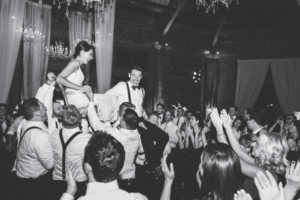 Hora and Mezinke: The celebratory dance at the reception is called the hora where guests dance in a circle. Oftentimes, you will see women dancing with women and men dancing with men. The bride and groom are seated on chairs and lifted into the air while holding onto a handkerchief or cloth napkin. There is also a dance called the mezinke, which is a special dance for the parents of the bride or groom when their last child is wed. 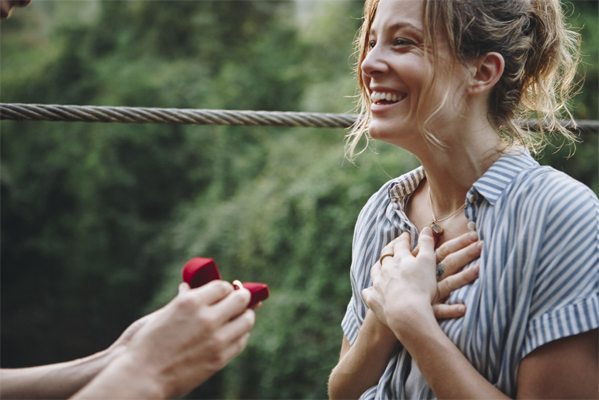 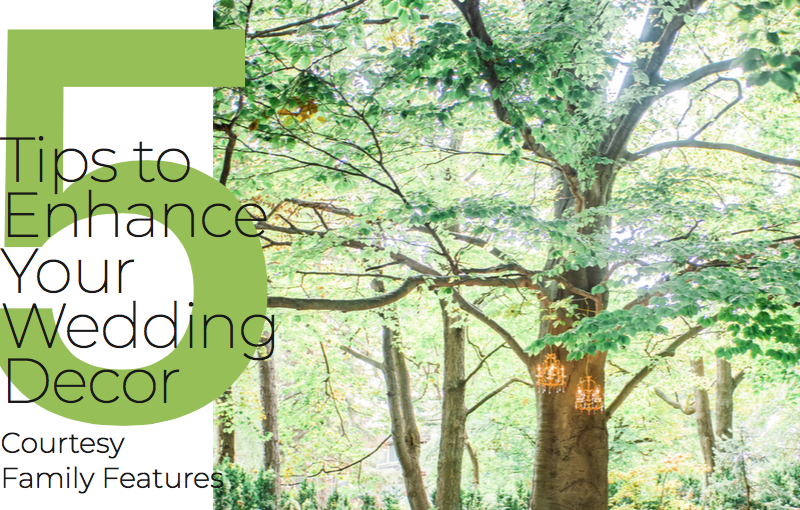 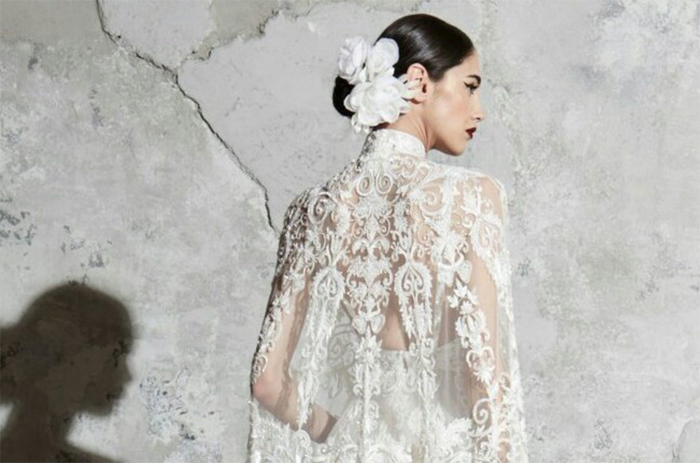 'Tradition!' has no comments