Yael Lerman and Jonathan Bell of the StandWithUs Saidoff Legal Department regularly receive questions from high school and college students facing antisemitic and anti-Israel incidents. They experience hate in-person and online and come to us for legal guidance. Every situation is unique. The below aims to help students understand U.S. law.

Q: A teacher/student leader signed a letter denouncing Zionism. Is this antisemitic?

For most Jews around the world, Zionism and Israel form an integral part of Jewish identity. Israel is the birthplace of Jewish ethnic identity, language, culture, and religion, and Jews have maintained a constant presence there for over 3,000 years. Zionism represents the Jewish people’s unbreakable bond and age-old desire to be free in their ancestral home. On a political level, Zionism is a liberation movement supporting Jewish self-determination in the land of Israel. Jews endured over 1,900 years of oppression and violence across Europe and the Middle East and still live in a world plagued by antisemitism. In this context, Israel’s existence and wellbeing is vital to the Jewish people’s safety, survival, and human rights. Here in the U.S., numerous polls show that for the overwhelming majority of Jews, their connection to Israel is central to their Jewish identity.

Depending on the circumstances, a campaign targeting students based on the Zionist component of their Jewish or Israeli identity may be antisemitic and could be the type of conduct that creates a pervasively hostile campus environment, which is a violation of Title VI of the 1964 Civil Rights Act.

Q: When does an anti-Israel or antisemitic incident on campus rise to the level of filing a Title VI complaint?

Title VI of the Civil Rights Act of 1964 prohibits discrimination based on race, color, and national origin by recipients of federal funds. This applies to many public secondary school education systems and nearly all colleges. Although the law does not protect against religious discrimination, Jewish students receive protection under Title VI based on shared ethnicity and ancestry. Israeli students may have a Title VI claim based on national origin. For Title VI to apply, typically, there must be (1) proof of a pervasively hostile campus environment and (2) administrative knowledge of and deliberate indifference to the problem.

In many cases, a hostile campus environment is created through a series of antisemitic events. It is also possible that a stand-alone antisemitic incident may be sufficient to trigger a Title VI investigation. To avoid Title VI, it is critical that a university administration publicly and unequivocally condemn antisemitic conduct of which it is aware and indicate to Jewish and Israeli students that the campus is safe and inclusive.

Q: Can I legally face discrimination for my Zionist beliefs if I am not Jewish?

Yes. If a non-Jewish individual experiences disparate or discriminatory treatment because of the acting perpetrator’s anti-Jewish (antisemitic) bias, s/he may have a legal claim for discrimination.

Q: An academic department/student club/student government is posting antisemitic or anti-Zionist inflammatory content on official school online platforms. What can I do?

The right to freedom of speech and academic freedom is broad and protected by the First Amendment. However, every school has codes of conduct that set the standards for when faculty or student groups violate these policies. Likewise, when academic departments, student clubs, or student governments utilize university assets—like official social media accounts, email listservs, and departmental webpages—to disseminate politicized statements against Israel or antisemitic rhetoric, they likely violate policies. Bringing these violations to your administration’s attention and reminding them of these policies can result in effective enforcement.

Evidence is key. Remember to take and save screenshots to preserve evidence that is likely to be deleted once exposed.

Q: My dorm’s resident advisor talks about how much she hates Israel and Zionists. I’m a Zionist, and it makes me feel targeted and marginalized. Is my RA allowed to do this?

While student leaders enjoy the same free speech protections as other students, when they express hatred based on identity—like religion, ethnicity, or national origin—they likely are acting in violation of an RA’s code of conduct. Resident advisors are responsible for students’ emotional and physical wellbeing; they are expected to uphold the university’s values, such as policies against harassment and discrimination. Depending on what is said, an RA’s anti-Zionist bias may violate such policies and should be brought to the attention of both the RA and the administration. Keep a record/screenshot of all emails, posts, and correspondence on the issue.

Q: My teacher is offering extra credit for attending a lecture by a guest speaker delivering a diatribe against Israel—when Israel is a subject unrelated to our class. Is this permissible?

The doctrine of academic freedom gives teachers wide latitude to educate in their subject matter, including on controversial topics. However, according to professional standards, controversial material should relate to the pedagogical subject at issue. In addition, political indoctrination is not protected by academic freedom. The above-described situation may be in violation of professional standards and outside the bounds of academic freedom. It is worthwhile to bring this to the attention of your teacher and/or the administration. Keep a record of all correspondence.

Q: My teacher demonizes Israel and Zionists in a class where it could be argued that it is relevant to the subject matter. Is there anything I can do?

There is a fine line between education and political indoctrination. The distinction often depends on relevant scholarly standards of knowledge. For instance, it is indoctrination rather than education for a professor to “ask dogmatic questions that impose a ‘truth’ of a matter as to which there is dispute within the discipline.”

If you find yourself in this situation, a strategic response is more likely to yield results than a legal response. Strategic solutions include at first privately raising concerns with the professor, requesting transparency by asking your administration to monitor the class, and/or requesting that the professor offer alternative sources of information.

Q: My university’s department for Middle East Studies and a student group are co-hosting an event, “Colonizing and Ethnic Cleansing in Israel/Palestine.” Both the title and event description contain biased stereotypes against Israel. Can I prevent this event from happening?

Student groups and academic departments are typically given wide latitude to host events, even biased events, so long as the event is within their departmental purview and student group mission. Because Israel is in the Middle East, this event is probably protected by academic freedom. You should not call for it to be cancelled.

However, you can use this event as an opportunity to educate others about misinformation and, potentially, the speakers’ lack of credibility. It can be helpful to collaborate with student groups and outside organizations like StandWithUs. Should the event include or lead to a rise in antisemitic rhetoric or activity at school, you should urge the administration to condemn the antisemitism as part of its obligation to ensure a safe environment for all students.

Most importantly, please do not jump at the idea of cancelling offensive speech. Instead, find strategic ways to fight bad speech with good speech.

Q: Activists disrupted our Israel club event by screaming, banging instruments, chanting, “From the river to the sea, Palestine will be free,” and drowning out the speaker. We had to cancel the rest of the meeting. Was this disruption legal?

While the First Amendment protects the right to peaceful assembly and protest, the First Amendment also protects a speaker’s right to speak and a listener’s right to listen. When protesters substantially disrupt an event, they likely are violating the constitutional rights of the speaker and the audience. Disruptions also typically violate university policies against disruptive behavior and state laws prohibiting breaching the peace of public meetings. If your event experiences a substantial disruption, this may have been unlawful. Law enforcement officers should, at a minimum, remove disruptors and, depending upon applicable laws, charge them with a misdemeanor, whether they are students or community members. Video evidence is often crucial.

If you believe your upcoming Israel event may be disrupted, there are proactive steps you can take to prevent a disruption.

Q: I am Jewish, Zionist, and hold a position in my student government. How can I best vote on issues relating to Israel, like voting against BDS resolutions, and respond to being called biased?

As a student government leader, you were elected to represent your constituents and vote your conscience. Prepare a clear, persuasive argument on why your vote represents the interests of your constituents, protects the welfare of the student body, and conveys your moral compass.

If you face student senate administrative or judicial repercussions for voicing your position, please seek legal assistance. If you are considering resigning from your position because you are being attacked for your views, please reach out before resigning. We can help you.

Q: What is the most important step a university can take to protect Jewish and pro-Israel students?

When antisemitic incidents occur on campus, the most important and immediate step university leadership can take is to condemn the incident and reference the International Holocaust Remembrance Alliance (IHRA) working definition of antisemitism, thereby demonstrating moral leadership and educating the campus community.

Beyond this first step, the most effective long-term ways for university administrations to protect students on campus include the adoption of the IHRA working definition of antisemitism and contemporary examples as a foundational component of their hate speech policies, as well as utilization of this definition as a guide when addressing potential incidents of antisemitic discrimination on campus.

Antisemitism manifests itself on campus in many ways, including the rejection of Jewish self-determination (Zionism and/or Israel’s right to exist), Holocaust revisionism and denial, physical attacks, and the application of double standards toward the Jewish state and people.

Administrations have a responsibility to use all the tools at their disposal and their own free speech rights to condemn the various ways antisemitism appears on campus. The IHRA working definition of antisemitism provides university leadership with an effective, neutral, and nuanced educational tool to identify antisemitism. This is among the best ways to start sending a clear message that antisemitism is not welcome on campus.

Yael Lerman is the founding director, and Jonathan Bell is the associate director of the StandWithUs Saidoff Legal Department, providing free legal resources to anyone confronting antisemitic and anti-Israel activity.  They can be reached at legal@standwithus.com and https://www.standwithus.com/legal.

This article originally appeared at https://www.jns.org/wire/jewish-and-pro-israel-students-know-your-rights/ 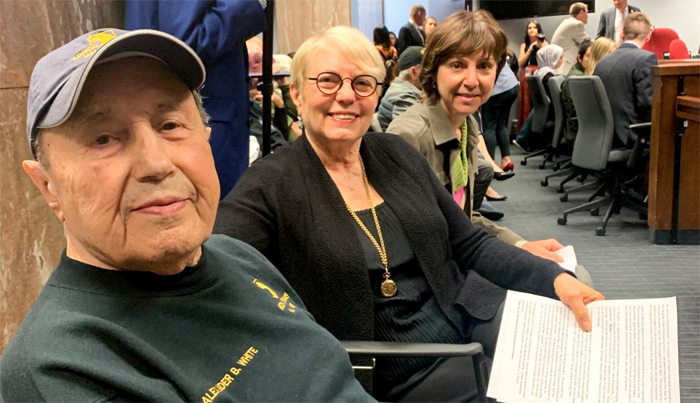 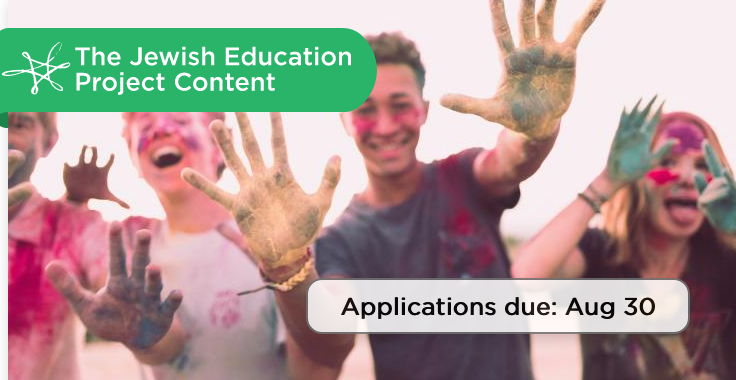 'Jewish and Pro-Israel Students, Know Your Rights' has no comments