As dozens of Jewish organizations plan delegations to the United Arab Emirates following the signing of the Abraham Accords, Visions of Abraham (VOA), a nonprofit working to create and promote educational initiatives relating to interfaith programming between Muslims and Jews, has launched.

The group aims to provide an in-depth look at the impact of the Abraham Accords. The organization specializes in creating bespoke and immersive tours of the UAE and its Jewish community. UJA-Federation of New York and the Joint Distribution Committee recently engaged VOA to create customized tours of the UAE for their delegations.

Both delegations recently met with key personalities from the education, nonprofit and business sectors during their visit and held meetings with Jewish community leaders who pioneered Jewish life in the UAE and discussed plans for that community’s growth. Meetings included H.E. Sarah Al Amiri, minister of state for science & technology; Amb. Amir Hayek, Israel’s ambassador to the UAE; Amb. Marcy Grossman, Canada’s ambassador to the UAE; H.E. Ali Al Nuaimi, chairman of Hedayah; H.E. Mohammed Alabbar, founder and chairman of Emaar Properties; H.E. Tahnoon Saif, CEO of Dubai South, among others. The groups also toured the Abrahamic Family House, which is scheduled to open in 2022.

“When the Accords were signed, there was a tremendous amount of interest from Jewish organizations in bringing delegations to the UAE, but the pandemic prevented the immediate travel for many. As more people are vaccinated this has become the ideal time for groups to visit and we are providing unprecedented access for them to meet leaders in the government, business and cultural communities so that they can see the direct impact that the Accords have made,” said VOA Co-Founder Eli Epstein.

Visions of Abraham donates profits to the Jewish community of the Emirates so that they can continue to welcome visitors for generations to come.

“As a Jew living in the Muslim world, it is very important to me that we show how well received we are in the Emirates and for us to share this hospitality with Jewish delegations coming from all around the world,” said Jewish community Co-Founder Alex Peterfreund. “Through these shared experiences, we are creating friendships and bonds that will last for a lifetime.”

Visions of Abraham is a nonprofit working to create and promote educational initiatives relating to interfaith programming between Muslims and Jews through content-driven experiential tours and high-level meetings for delegations from Jewish organizations. To learn more, visit: visionsofabraham.com. 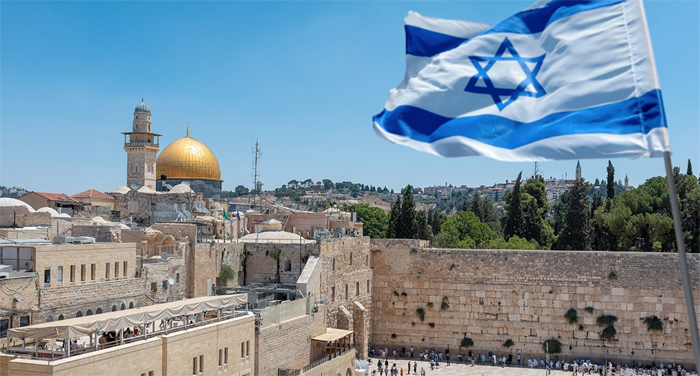