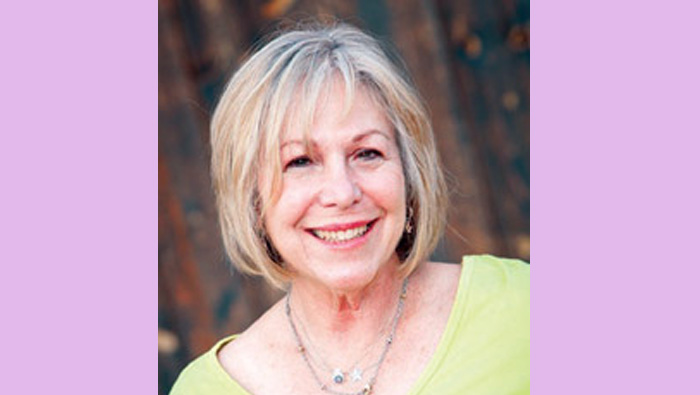 She didn’t really like art when she was a child, yet Tucsonan Lisa Mishler evolved into a prize-winning artist whose artwork is exhibited nationally and internationally. “I disliked art in my younger years,” Lisa says. “It was way too structured in art class. I always admired artists, but I didn’t think I could do art because my experience in school was bad.”

More important to her development as an artist were Lisa’s parents and her childhood spent in Washington, D.C. Lisa was born only one month after her parents, Polish Holocaust survivors Sol and Luba Kotz, arrived in the United States to make a new home.

“As a child we had a park behind our home in D.C. I would climb trees and chase bugs, find turtles and Indian arrowheads. I would collect rocks and pebbles and play in nature. The colors of fall were electric.” Not surprisingly, Lisa would later write that her art expresses that human/natural world interaction.

Growing up in our nation’s capital also meant that Lisa was exposed to some great art and architecture. “I would take a public bus by myself to the zoo almost weekly. My first visit to an art museum was in D.C. I was totally in awe.” Regarding her parents, “My father was wonderful with color and design. He had a great eye for beauty. My mother’s taste was more understated but beautiful.”

Her father’s work took the Kotz family to Los Angeles for a brief period. Then they relocated again, this time to Arizona. “Moving to the West from D.C. was a culture shock,” Lisa says. “I didn’t much care for it. I missed how green D.C. was.” Eventually she came to appreciate the desert’s beauty. Lisa married husband Chuck, a native Oregonian, and they started a family in Arizona. They have two grown children and three grandchildren, and they share their home with two dogs, Winston and Gemini. Lisa has lived in Tucson now for 40 years.

Lisa worked in interior design and commercial photography for many years. But the paintbrush beckoned, and at the age of 48, she began painting. She started with watercolors, but soon turned to acrylic on canvas and encaustic.

“I love to experiment and try new ways to express myself,” Lisa says of her art. Encaustic is one of those new ways. “Encaustic is painting with (hot) beeswax and Damar resin crystals. It is an ancient art form that is approximately 4000 years old.” She especially loves the luminosity of encaustic.

Birds are a frequent image in Lisa’s works, even the more abstract pieces. “Ravens have a spiritual significance for me. They occur to me in my dreams. I fly with them out of harm’s way and they nurture me. In the Torah, Elijah was kept alive because G-d sent ravens to carry food to him (Kings: 17.4-6).” Before she began painting, Lisa often took time to photograph birds.

Of her abstracts, Lisa says they are a way of “expressing my deepest inner feelings and finding a new way of seeing.” This viewpoint served her well early in 2015 when she had a solo exhibit at the Tucson Jewish Community Center. The exhibit, titled “L’Chayim – To Life,” featured passages from her father’s World War II-era memoir paired with Lisa’s artistic interpretations of his words.

Both Sol and Luba Kotz served in the Polish partisan army during World War II. Luba was a nurse who smuggled Jewish orphans from war zones. Sol served in both the Polish partisan and Russian armies. Sol and Luba were separated in the war, but were reunited in 1946 in a fortuitous encounter at a rail station. Lisa’s painting “Bashert – Meant to Be” is based on that reunion.

The exhibit was first suggested to Lisa by Rabbi Stephanie Aaron of Tucson’s Congregation Chaverim. Initially Lisa said no. “I was too close, not detached at all. I felt a lot of pain and anguish in my mother. One of my first memories as a child was of her crying and saying, ‘I miss my family.’ I grew up with nightmares of the Holocaust. Mom died in 1972, and in 1994 my father died. I didn’t want to relive it.”

Sol’s memoir was written in 1972. “My dad wanted to leave a record for us of what took place with him and our mom. My mother didn’t like to talk about it. Despite the violence, she still loved humanity.”

Developing a body of work for the exhibit was emotionally charged for Lisa. “It meant more than I can say. I finally understood as an adult all that they had gone through and how courageous they were. They were heroes.”

Lisa recently published a book based on this exhibit, also titled “L’Chayim – To Life.” The book includes her paintings along with passages from her father’s memoir. Rabbi Aaron contributed commentary. “I feel (my parents’) story is timely,” Lisa says. “We must stop fighting and hating. I feel that tolerance and love is the solution.”

Lisa, who frequently teaches art classes in Tucson, is experimenting again by including her photographic images in paintings. “Many of the images are very dreamlike with many layers,” she says. Something must be clicking because Lisa’s artwork “Red” was recently shown digitally in the Louvre.

C.J. Shane is an artist, writer and publisher of SonoranArtsNetwork.net. Learn about her artwork and writings at CJShane.com