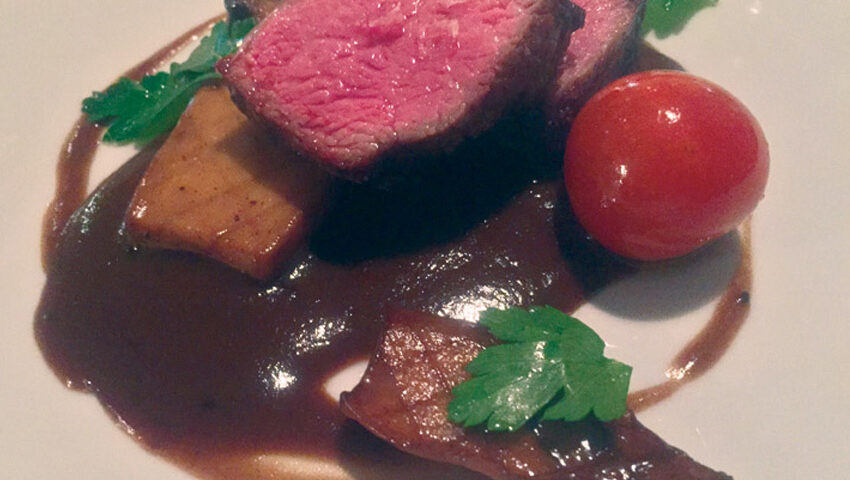 I call it adventure eating. A love for trying something you’ve never tasted before. That’s me, an adventure eater. I can’t fathom why people pass up food they have never tried. I knew a guy who ate hamburgers for every meal, and he was a happy man. Me, I want to put a fork in my mouth, have my eyes glaze over and say, “I’ve never tasted anything like that before.”

Posh is adventure eating. You don’t really know what you are going to get, but you do have some measure of control. The “menu” is simply a list of items, and you cross off what you don’t want to eat. I nixed pork, shellfish, dairy, and because this is the Passover edition, bread. I left on beef, lamb, vegetables, fish and fruit. They want to know what temperature you like your meat and fish, and I chose medium rare. You are also asked if you are willing to eat raw meat or raw fish. Yes I am! The last choice you make is how much you want to spend. Posh is a bit posh as far as prices go. I chose the six-course option for $75. My server, who walked me through the whole process, let me know that the portions are small, that I wasn’t going to leave stuffed, but that I was going to leave very happy.

While I waited for the first course, I looked around at a smartly designed restaurant with the kitchen in the middle of the room. You could sit at the counter surrounding the kitchen or at a nearby table and still watch the chef at work. With torches and tools, he handcrafted every diner’s specific preferences. The table next to me discussed bar mitzvah receptions and Herb Drinkwater, Scottsdale’s former mayor whom they thought was Jewish. The diners at Posh are very posh themselves, a good-looking crowd all on a similar mission, to eat something special.

Smoked Sturgeon (a gift from the chef)
A small slice of smoked sturgeon served with pickled sea bean and fennel was placed before me. My server explained it was to get me warmed up for what was about to come. This unexpected treat was smoky, salty and earthy. I was delighted to have it and wished there was more. This made me worry a bit: What if I really liked something and there were only a few bites? I’ll be honest – I had to look up sea beans. They are seeds from fruits that have fallen into streams and been carried to the ocean where they are collected. I loved it.

Arugula Salad (First Course)
A beautiful salad arrived along with an explanation of its ingredients: arugula, red and white beets, grapefruit, caraway seeds, olive oil and fennel seed dressing. This was very fresh, again very earthy and with marvelous flavor. The hint of caraway was a delightful addition. I liked this salad so much that it prompted me to ask my server about ordering it specifically if I were to come back and dine again. Basically he said, “You can’t.” Everything is seasonal and it may not be back again for months or even a year. I’m obviously struggling with this concept. It sort of goes against human eating nature – we return to restaurants to order what we loved. Then I reminded myself of the adventure, that’s truly why I was here. So, I let it go and focused on the next thing.

Loup de Mer (Second Course)
This was my first hot dish. A handsomely delivered, blackened piece of sea bass sitting atop a bed of sautéed cabbage with a dollop of mustard seed swimming nearby arrived. The fish was delicate and delicious with a well-seasoned and crispy skin. The cabbage had been sautéed in wine, and you could mix the mustard seed in with bites as you went along. This was incredibly rich and flavorful, and I found myself wishing this had been an entire meal, but at the same time, realizing that if this had been an entire meal, it would be overwhelming because the flavor was so rich and intense.

Seared Ahi Tuna (Third Course)
Two heavenly seasoned slices of seared ahi tuna served on charred bok choy drizzled with sesame oil was placed before me, and I got busy. Then I remembered to take a picture, so I had to put it back together for the shot. This is the hazard of being a food writer when you are dining alone, and there’s no one with you to remind you to take a picture first. This course was simply delicious. The fish, as with all of the ingredients so far, was very fresh and the cabbage had been sautéed in wine. There was a little bit of heat in this dish. I’m not sure if it was in the seasoning or the pickled ginger, but it was a wonderful addition.

New York Strip (Fourth Course)
By now, I’m starting to lose track of which course is coming. Then, a perfectly cooked, medium-rare plate of New York strip was served with mushrooms and a demi-glace. I loved the seasoning and the sear on the steak. It was very good, but this particular dish didn’t have the pop of the others. Don’t get me wrong, I’m glad I had it. But each dish that preceded it raised the bar, and, though this was delicious, it seemed ordinary by comparison.

New Zealand Lamb Chop (Fifth Course)
A dish featuring New Zealand lamb, roasted fennel, pine nuts and demi-glace came next, and it was a delightful way to end with a true flavor burst. The lamb chop was cooked to perfection and very tasty. The demi-glace was similar to the NY strip, but oh, that roasted fennel with its caramelized skin was out of this world and a perfect complement to the flavorful lamb. The chop was small but not tiny, which I appreciated. I am not a fan of pine nuts, but in this dish, they were great. Had I known they were coming, I would have probably asked for them to be held, so I’m glad I didn’t know. I would have missed the adventure. This was awesome.

Rum-Braised Pineapple (Sixth and Final Course)
A concoction of rum, pineapple, coconut and dairy-free lychee sorbet finished off the meal. This was very creative given my no-dairy, no-bread or crust restriction. As I ate it, I could detect cinnamon and allspice combining with the sweet of the lychee and the sour of the pineapple. The coconut was a lovely touch. It was tricky to cut the pineapple in the bowl, but I have never missed a bite of anything in my life and soon this was all gone.

Posh is a little odd to drive to because it’s part of an office complex attached to a parking garage. Just follow your nose to the best-smelling parking garage you will ever encounter. This is an adventure eater’s paradise, and conversely, a hamburger at every meal lover’s worst nightmare. You can’t be in a rush – it takes about 10 minutes from the time you finish a course until the next one comes. Posh opened in 2008 and has been improvising ever since. See you there! 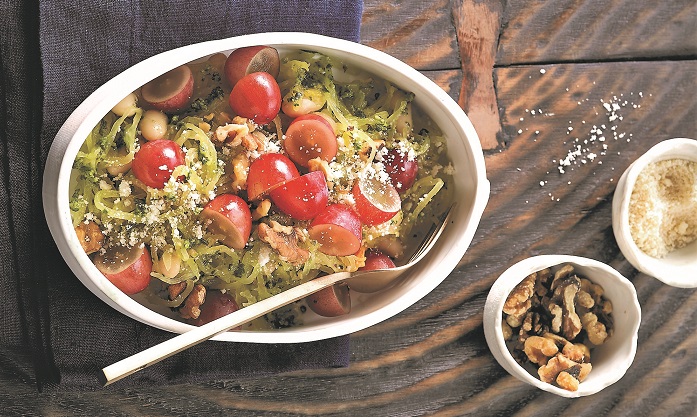 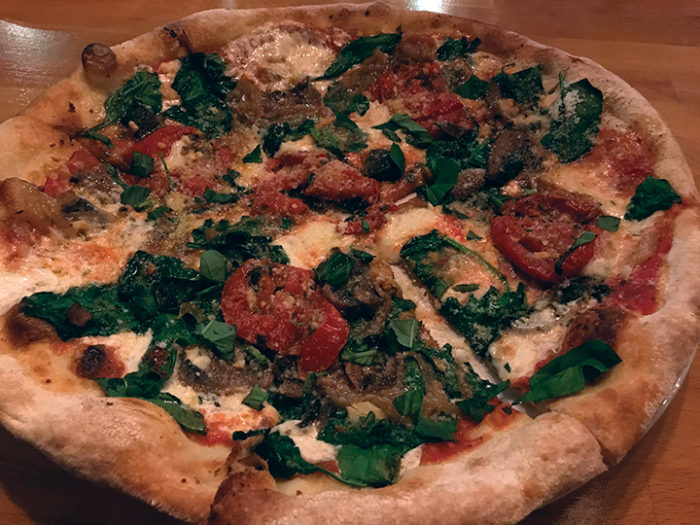 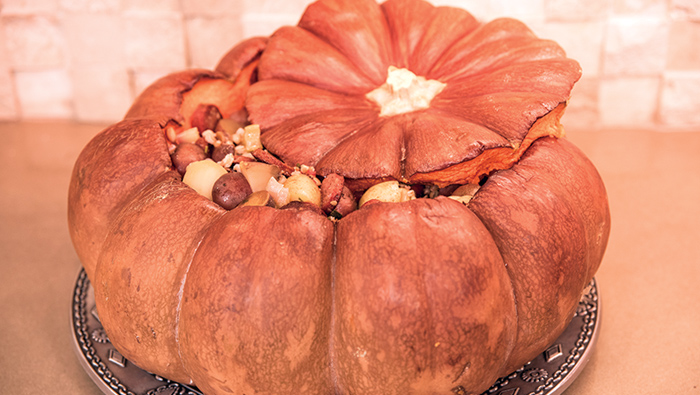 'Where do JEWISH PEOPLE EAT?' has no comments